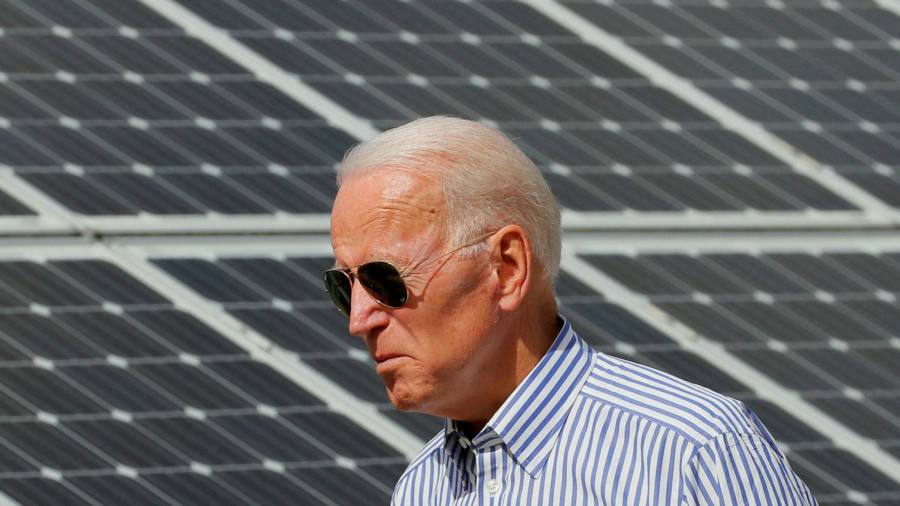 Joe Biden will face the media on Wednesday afternoon at his first official press conference in months, as the US president wants to sell his achievements and fight a drop in public approval a year after his presidency.

Biden’s White House press conference is being held on the eve of the first anniversary of his inauguration, at a time when he faces several crises at home and abroad, including a protracted coronavirus pandemic, soaring consumer prices and the constant threat of Russian aggression in Ukraine.

A recent Gallup poll shows that 40 percent of Americans approve of the work Biden does and 56 percent disapprove. That’s compared to an estimate of 38 percent approval of Donald Trump a year after his presidency and 49 percent approval of Barack Obama at the same time in his term.

Democrats are worried that a low rating could be a disaster for their party in this year’s by-elections, when control of both the House of Representatives and the Senate will be taken. Biden’s party currently controls both houses of Congress with the smallest margin.

Biden began his presidency with broad public support, but his assessment of approval began to fall over the summer amid a chaotic withdrawal of U.S. troops from Afghanistan that tested U.S. alliances abroad and cast doubt in the eyes of many Americans.

More recently, the White House has struggled to design strong economic governance, with rising gasoline prices and record inflation. The latest official data shows that consumer price growth in the US in December grew at the fastest pace in almost 40 years.

At the same time, Biden’s legislative agenda stalled on Capitol Hill after the president and congressional leaders failed to secure support for his Build better social protection package and legislation on voting rights. Democrats ’ambitions on voting rights are likely to fail due to a key procedural hurdle on Wednesday night, just hours after Biden’s press conference ended.

Proponents argue that Biden and the White House have failed to effectively sell their achievements so far, including a $ 1.9 trillion aid bill from Covid and a comprehensive An infrastructure package worth $ 1.2 billion.