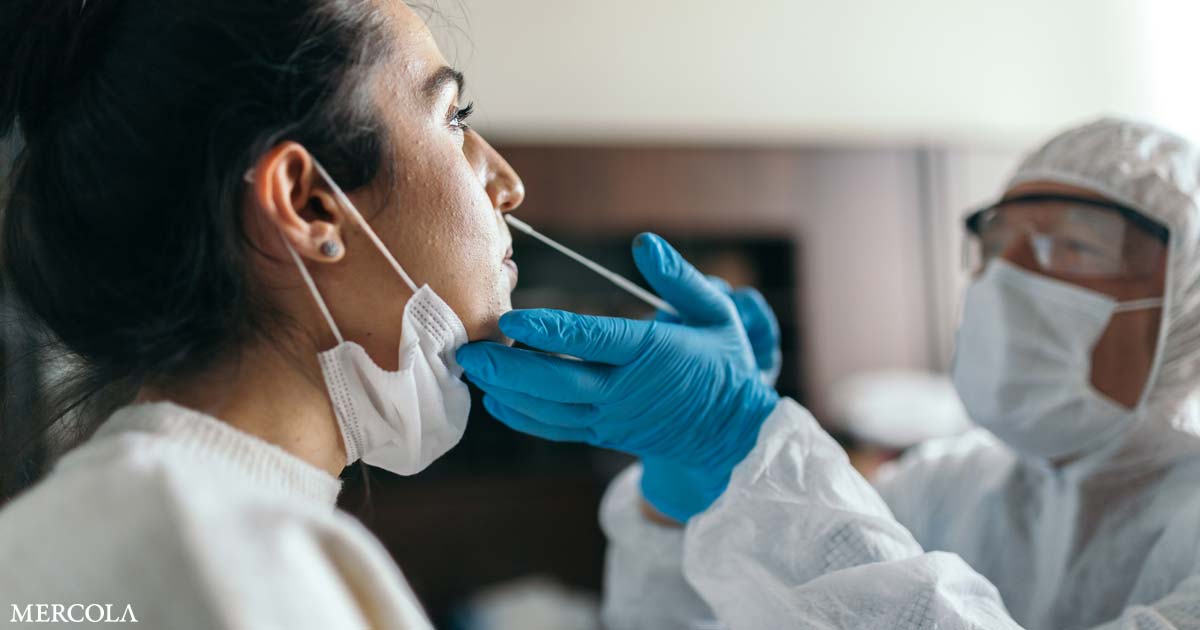 From the earliest days of the COVID pandemic, the PCR test has been a source of relentless controversy, and experts have repeatedly pointed out that it is not a valid diagnosis and gives inordinate amounts of false positives.

It is important that the PCR test cannot distinguish between “live” viruses and inactive (non-infectious) virus particles. Therefore, it cannot be used as a diagnostic tool. As Dr. Lee Merritt explained in her August 2020 Disaster Preparedness Doctors document.1 Officials in the media and public health appear to have deliberately combined “cases” or positive tests with real disease to create the appearance of a pandemic.

Furthermore, the PCR test cannot confirm that SARS-CoV-2 is the cause of clinical symptoms because the test cannot rule out diseases caused by other bacterial or viral pathogens. The inventor of the PCR test, Kary Mullis, who won the Nobel Prize for his work, explains this in the video above.

From the outset, experts have noted that CT over the age of 35 is scientifically unjustified,2,3,4 however, the U.S. Food and Drug Administration and the U.S. Centers for Disease Control and Prevention have recommended that PCR tests be performed on a CT of 40,5 and the World Health Organization recommended a CT of 45.

The pandemic of false positive results was then used by world governments to implement countermeasures of pandemics that destroyed the global economy, destroyed countless lives, decimated the education of an entire generation and deprived us of basic human rights and freedoms.

What the CDC’s belated acknowledgment means is that over the past two years, Americans have been wasting time in self-isolation – perhaps weeks – waiting for a negative test.

The tripod for ending the pandemic theater is constantly being moved again and again, and the excuses for continuing life-destroying countermeasures are becoming increasingly ridiculous. For example, the fear of Omicron does not make rational sense based on available data, which show that this variant is among the mildest so far and far less likely to infect and damage the lungs.6

In the last days of December 2021, the US Centers for Disease Control and Prevention issued another illogical change to the protocol.7 People who are positive for SARS-CoV-2 or have been exposed but remain asymptomatic should now only be isolated for five days instead of the previous 10, but should wear the mask for another five days at work or in public. Also, they do not have to be retested at the end of quarantine. The reason given? Because:

How is it that the CDC has not yet realized that the PCR test collects dead viral residues three months after infection? The fact that the test, a) was too sensitive and b) could not identify an active infection, was criticized from the outset. What the CDC’s belated acknowledgment means is that over the past two years, Americans have been wasting time in self-isolation – perhaps weeks – waiting for a negative test.

In an appearance at MSNBC on December 30, 2021, Dr. Anthony Fauci answered questions about the CDC’s updated guidelines. CDC Director Rochelle Walensky also tried to come up with new guidelines in an interview with ABC News on December 29, 2021 (see videos above).12

None of them offered any explanation as to why the CDC had not changed the rules before, and only now have they decided that keeping non-infectious people in isolation for days and weeks may not be so good after all.

However, the CDC has not given up on making the guidelines as confusing as possible. On December 23, 2021, they also updated the guidelines for health professionals,15 stating that “Healthcare workers with COVID-19 who are asymptomatic may return to work after seven days with a negative test and that isolation time may be further shortened if there is a shortage of staff.”16

In his interview with MSNBC, Fauci was asked why health professionals are treated differently, have to isolate for seven days instead of five, and still have to get a negative test, when can a test falsely stay positive for up to 12 weeks? What data supports this and is it publicly available?

According to Fauci, the data supporting this distinction is “internal to the CDC”, but in fact, there is no “any concrete data” to support it, he adds. The CDC just passed a “verdict”.

The updated CDC guidelines also put those who have received two doses of the COVID vaccine in the same category as the unvaccinated, so when it comes to post-exposure isolation, the same rules must be followed, while those who received the supplementary vaccine follow . a different set of guidelines. As the CDC explained:17

“For people who have not been vaccinated or are missing more than six months from their second dose of mRNA (or more than 2 months after the J&J vaccine) and who have not yet been boosted, the CDC now recommends a 5-day quarantine followed by strict mask use for an additional 5 days.

For all those exposed, best practice would also include testing for SARS-CoV-2 on day 5 after exposure. If symptoms occur, individuals should be quarantined immediately until a negative test confirms that the symptoms cannot be attributed to COVID-19. ”

Fauci defended the decision to treat with a double sting as if they had not been vaccinated, saying that those who received the supplemental injection had far greater protection than the Omicron variant, compared to those who received only one or two doses.

“When you’re infected, you’re infected,” Fauci said, and it doesn’t matter if you’re vaccinated or not. The viral load is the same, so the risk of spreading the infection is the same. Those who have been amplified are less likely to be infected or carry a high viral load, so they should not be isolated.

PCR can’t tell you anything about contagion

Faucia was also asked how contagiousness could be measured. If PCR can be positive for 12 weeks after infection, it may not be a reliable indicator of infectivity. This was exactly the point that Mullis, the inventor of the PCR test, tried to make in the video at the top regarding PCR and HIV.

So how can we tell if we are contagious or not? Fauci confirmed that PCR can only tell you the presence or absence of viral fragments, not whether it is an active infection or whether it is actually contagious. However, he did not answer the question of how contagiousness is measured.

A quick test does not show Omicron

Another confusing factor in this mess is that a quick test obviously doesn’t lift Omicron well.18 Your viral load must be very high at the time of testing for a quick test to recognize it.

The recognition came days after President Biden announced that the federal government would distribute half a billion free rapid tests to homes across the country in 2022.19

It seems like a waste of resources, watching Omicron begin to take power, but who knows, it might raise a cold instead, allowing the number of “cases” to remain large enough to continue the charade.

What is the actual number of deaths?

The CDC’s belated recognition that the PCR test cannot identify an active infection raises another question: what does this mean for those who died with a positive test? Did they really have an active infection? If not, should they have been marked as deaths by COVID?

The obvious answer to the last two questions is, of course, no. The vast majority were probably false positives, and the actual number of deaths from COVID-19 is significantly less than we believe. The CDC undoubtedly knew this all along, seeing how they were ruthlessly criticized for their recommendation to perform PCR on a CT of 40. They try to pretend they just figured it out, but it’s just unbelievable.