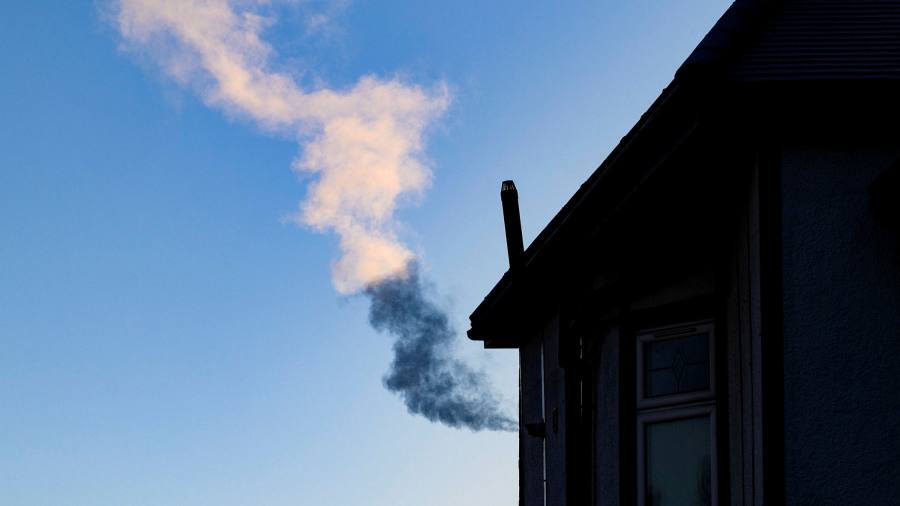 Boris Johnson is preparing to announce a plan to contain soaring energy bills, with a package that could cut all bills by around £ 200 and give extra help to vulnerable households.

Johnson and chancellor Rishi Sunak want to unveil the plan before February 7, when energy regulator Ofgem is expected to announce a sharp increase in the energy price cap, taking effect in April.

Government sources said they expected the package to include an expansion of help to vulnerable households – around 2mn already qualify for a ‘warm homes’ discount.

Industry officials also expect Sunak to underwrite a package that would cut all household energy bills by around £ 200 – at a cost of more than £ 5bn. The Treasury declined to comment on a Times report that Sunak had signed off on the deal.

Last month the Financial Times reported that Sunak was exploring a mechanism in which Treasury support to energy companies – which would be passed on through lower bills – would be clawed back when wholesale gas prices fell.

Energy industry sources pointed out that a universal rebate of £ 200 per household would be roughly equivalent to cutting VAT on energy bills and some of the “green” levies that go on electricity bills to help pay for policies such as incentive renewable energy generation.

It is expected the money for the rebate would be loaned to suppliers and recouped from household energy bills over a number of years, although industry sources said this would mean the effects of the recent wholesale energy price crisis would be felt by consumers for longer.

Analysts have forecast a rise in the energy price cap of around 50 per cent in April to more than £ 1,900 per year per household without any mitigations from government.

Sunak has some fiscal room for maneuver this year. UK public borrowing was £ 12.9bn lower than official forecasts in the financial year to December.

The chancellor and Johnson have also agreed to press ahead with a £ 12bn national insurance rise in April to fund the NHS and social care, adding to the pressure on Sunak to come up with a generous package to address the cost of living crisis.

“In the past, you’ve seen that Rishi has been bold and gone big,” said one ally. The aim would be to cushion the impact of higher energy bills just weeks before crucial local elections on May 5, which many Tory MPs view as a referendum on Johnson’s faltering leadership.

Three schemes currently provide financial help to pensioners and those on low incomes with their energy bills; Sunak is looking to increase the size of payments available and the number of households that qualify.

These schemes are the £ 140 annual warm homes discount, the winter fuel payment of up to £ 300 and the cold weather payment of £ 25 a week when temperatures drop below 0C.

The warm homes discount already grants more than 2mn households a £ 140 reduction on their energy bills between October and March every year, although it is funded by all other consumers.

Energy chief executives have warned ministers that an expansion of the scheme, to both increase the size of the discount and to apply it to even more households, should not be funded by other consumers but would need a top-up from the government.

Ofgem has also been consulting the energy industry on a loan scheme that would avoid the costs of rescuing the customers of failed energy suppliers being lumped on bills in April, and rather spread out over a longer period of time.

Torsten Bell, chief executive of the Resolution Foundation, wrote last month: “The peak of the squeeze will be in April, as families face a £ 1,200 income hit from soaring energy bills and tax rises.

“So large is this overnight cost of living catastrophe that it’s hard to see how the government avoids stepping in.”