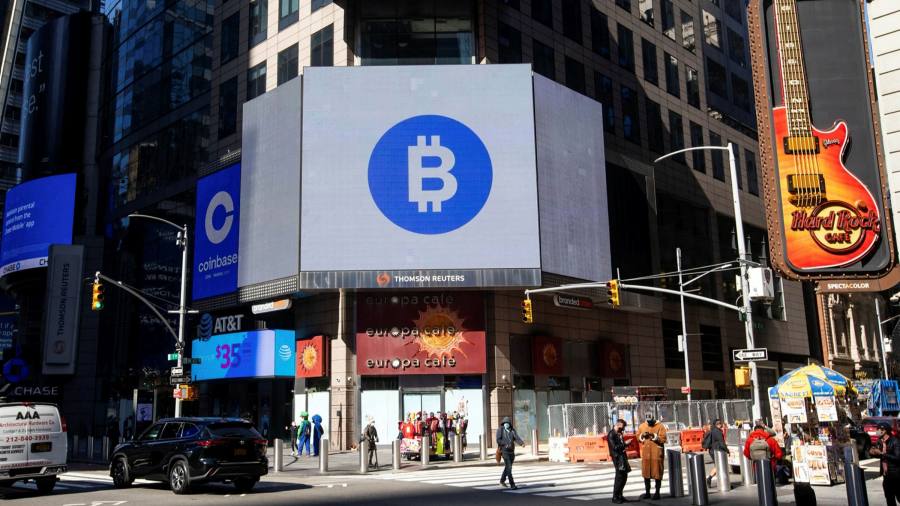 Cryptocurrency platforms fear they are about to face tighter regulatory scrutiny after the US Securities and Exchange Commission proposed new rules that could bring more digital asset exchanges under its purview.

The amended rules seek to fill a regulatory gap by making platforms sitting outside the SEC’s supervision comply with existing standards intended to protect investors and promote fair and orderly markets.

The new 654-page guidance, backed by the SEC in a vote last month, does not explicitly refer to digital asset exchanges. But the crypto sector and legal experts believe the industry could fall under an expanded SEC definition of an “exchange”, which officials have said is aimed at capturing trading securities platforms that fall outside the agency’s scope.

“As far as digital assets go, I think there’s certainly some concern there,” said Stephen Wink, partner at Latham & Watkins.

The broader definition of an exchange would include platforms that “make available. . . communication protocols ”through which“ buyers and sellers can interact and agree to the terms of a trade ”.

“This change could potentially capture a greater swath of folks in the digital asset area,” Wink said.

Cryptocurrency advocates said the rules could affect so-called automated market-makers such as Uniswap, which facilitated more than $ 70bn of trading volume in January.

The exchanges run on open-source software programs without central control points, allowing traders to swap tokens without going through intermediaries – a feature that has complicated the application of existing regulation to these platforms. Development teams that created the exchanges maintain they have no power to shut them down.

Gary Gensler, SEC chair, said the proposed amendments would modernize guidance linked to “the definition of an exchange to cover platforms for all kinds of asset classes that bring together buyers and sellers”.

If platforms were affected by the new guidance, they probably failed to comply with securities laws, said someone familiar with the rulemaking, adding that platforms that did not trade securities need not comply with existing or proposed rules.

The agency’s proposal has rattled the crypto sector, which is seeking to parse the new rules. The SEC provided 30 days for public comment on the proposal, a timeline that some cryptocurrency advocates have complained is too short.

The new rule is “not very clear on whether or not developers of the code, deployers or interface providers are affected,” said Michael Egorov, founder of the decentralized exchange Curve Finance.

“I think the rule wouldn’t fly in this form, at least in DeFi,” Egorov said, adding that he did not view the SEC as “malicious” toward the sector.

For the latest news and views on fintech from the FT’s network of correspondents around the world, sign up to our weekly newsletter #fintechFT

“There have been a large number of inquiries about this proposed rule,” said Joshua Ashley Klayman, global tech co-head at Linklaters. “Some people have come and said: ‘Do you think this was intended for the digital asset space?’ . . . ‘Is this a Trojan horse?’

But to Klayman, the new guidance was designed to reflect new ways of doing business, not to “intentionally ensnare” a particular sector.

The Association for Digital Asset Markets (ADAM), a trade group whose membership includes the FTX exchange, wrote in a public comment that the amendments could expand SEC oversight of cryptocurrency exchanges and decentralized networks “in ways not publicly mentioned or discussed” by the proposal . ADAM asked that the SEC extend the comment period by at least 60 days.

The regulatory implications for crypto platforms if the rules are adopted – and applied to the industry – remain unclear. Experts say potential effects include a jump in registrations with the regulator or crypto exchanges throwing out tokens that qualify as securities to avoid SEC oversight. A flurry of enforcement actions is also possible.

The proposed rules come after repeated calls by Gensler to tighten scrutiny over an industry he says offers insufficient investor protections. He has said many digital products could be deemed securities, but has stopped short of issuing new rules, arguing existing laws are sufficiently clear.

Regulators have accelerated enforcement action against crypto players. Coinbase in September said the SEC had warned it would sue the company if it launched a digital asset lending product that it ultimately scrapped.