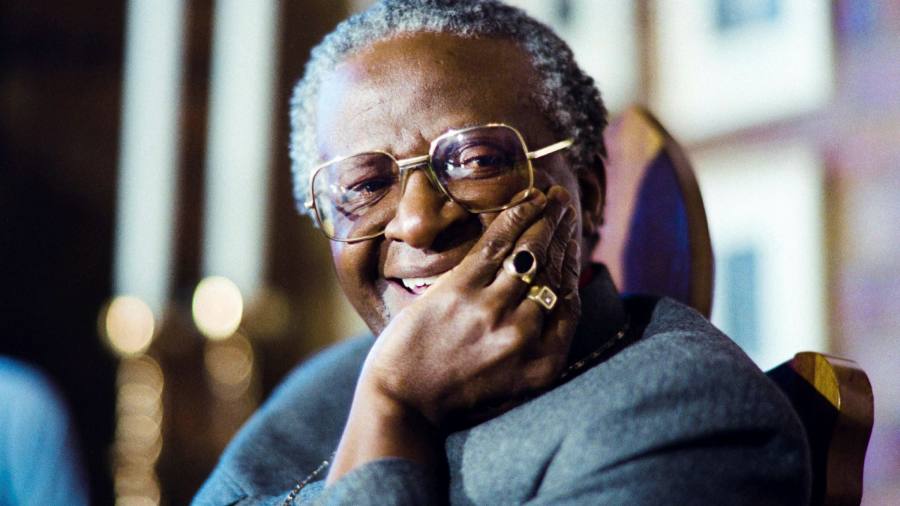 Desmond Tutu, who has died at the age of 90 years, brought fierce moral authority to the traumatic transition of South Africa from apartheid to democracy. During this turbulent process still, the pious Anglican was valued as a beacon of honesty, conviction, inclusion and pure human decency.

Tutu was pushed to the political stage in the turbulent last decade of white rule due to the forced absence of other black leaders. Nelson Mandela and his colleagues from the African National Congress were in prison or in exile in the 1980s, when it dawned on the white minority government that change would have to come, in any way.

His activism was as witty as it was principled. And his speech – a mixture of humor, humanity and resentment – was just as touching and effective at a political funeral at a football stadium as it was at a cathedral pulpit.

In 1984, Tutu’s moral leadership and his outspoken condemnation of violence by either side brought him South African the second Nobel Peace Prize, after ANC leader Albert Luthuli in 1960. Two years later he became Archbishop of Cape Town, which he used to strengthen his opposition to the government of the hardline PW Botha.

In 1994, it was Tutu who coined the phrase “Rainbow Nation,” which Mandela embraced to help bring the divided country closer together. But “Arch,” as he was known, also wasted no time in establishing his independent credentials in the new democratic order, scolding the ANC in its early years in power for its sometimes wasteful ways.

By 1999, when Mandela resigned after a five-year term, Tutu had gained even broader moral authority, chairing the state Truth and Reconciliation Commission in the late 1990s. The TRC has held long and comprehensive hearings across the country on decades of human rights violations. He then offered amnesty to the perpetrators if their crimes were considered to have had a political purpose. The Commission would be a model for transition countries around the world.

Desmond Mpilo Tutu was born on October 7, 1931 in Klerksdorp in what was then the Transvaal, and was educated at Johannesburg Bant High School in the Western Native Township. His father was a teacher, his mother a maid. Young Tutu was stunned when a white man took off her hat one day while she was cleaning someone’s porch. That man was Trevor Huddleston, a British priest who later led Tutu according to his vocation. The magic in the United States strengthened Tutu’s embrace of liberation theology.

Educated as a teacher, he was ordained in 1961 and worked and studied in England for six years. He was appointed dean of Johannesburg in 1975, bishop of Lesotho the following year and secretary general of the South African Council of Churches from 1978 to 1985.

Despised by the ruling National Party under Both, he was occasionally denied a travel passport, and state television routinely demonized him as a cunning and sinister politician. Attempts were in his life. But few could resist his charm in a face-to-face encounter. Within minutes, his combination of self-deprecating jokes and obvious honesty could turn an audience of suspicious whites into a crowd of fans. “I love being loved,” he said, acknowledging it as a weakness.

“He was in the company,” said John Allen, his biographer – but it was all without skill. “What was public was exactly what was private.”

Tutu made sure that this longing for love did not silence his willingness to express unpopular opinions. On the contrary, he combined it with a bold verse in “provocations” – a word that appeared in the subtitle of a collection of his sermons God is not a Christian.

His support for international economic sanctions has angered not only both of the government but also many of the white Christians he represented. Yet it simply reflected his view that boycotts and foreign embargoes were the last remaining nonviolent option of oppression he loathed.

Although he acknowledged the ANC’s primacy in the fight against apartheid, he remained outside the organization – and angered the fiery young priests in his lap by insisting that their role also precludes membership in a political party. And when his mentor Huddleston wanted to attend the ANC plenary session, he was firmly told to stay away.

Tutu was as willing to condemn the brutal methods used by ANC supporters as he was willing to condemn the methods of the white security police. When he intervened to save a suspected police informant from a “necklace” (death by burning with a rubber band around his neck) near Johannesburg in 1985, he told the mob that it was wrong to justifiably injure the injured to the level of his oppressors. Columnist Barney Mthombothi called Tutu “the closest South Africa has to a sage.”

For the next decade, as head of the entire Anglican Church in South Africa, Tutu played an important role in securing his country’s path to democracy. At his Cape Town residence in 1990, Tutu was the one who hosted Mandela the first night out of prison – and who later called his compatriots “rainbow-colored people”.

Whenever that debt was clouded by scandal, Tutu would speak up. After Thabo Mbeki, Mandela’s deputy at the time, tried to block the publication of the TRC’s five volumes because it contained references to human rights violations by the ANC in exile, Tutu said sharply: “I fought tyranny. I didn’t do it to replace someone else. ” The invoice is duly published.

While presiding over the TRC, Tutu was diagnosed with prostate cancer. Leaving his archdiocese, he spent two years in Atlanta, combining further treatment with a visiting professor at Emory University before returning to South Africa in 2000. “I came home to sleep,” he said at the time.

However, what followed was anything but sleepy, as he accepted various causes.

Tutu opposed the 2003 invasion of Iraq, lobbying the White House and, nine years later, refusing to share a conference podium with Tony Blair, who brought the UK into the war alongside George W. Bush. At least he was equally sharp about Robert Mugabe, saying that the president of Zimbabwe must be overthrown, if necessary, by force.

Inside the church, a man who has been pressuring the ordination of women since the early 1990s has extended the campaign to gay equality – telling George Carey, his spiritual leader as Archbishop of Canterbury, that he was “ashamed to be Anglican” for sex discrimination. He also became a prominent religious messenger for dying aids for the terminally ill.

Tutu married Leah Nomalizo Shinxani in 1955; she survived him along with her son and three daughters.

“This was a man,” Mandela wrote in his autobiography, “who inspired the whole nation with his words and his courage, who revived the hope of the people in the darkest times.”