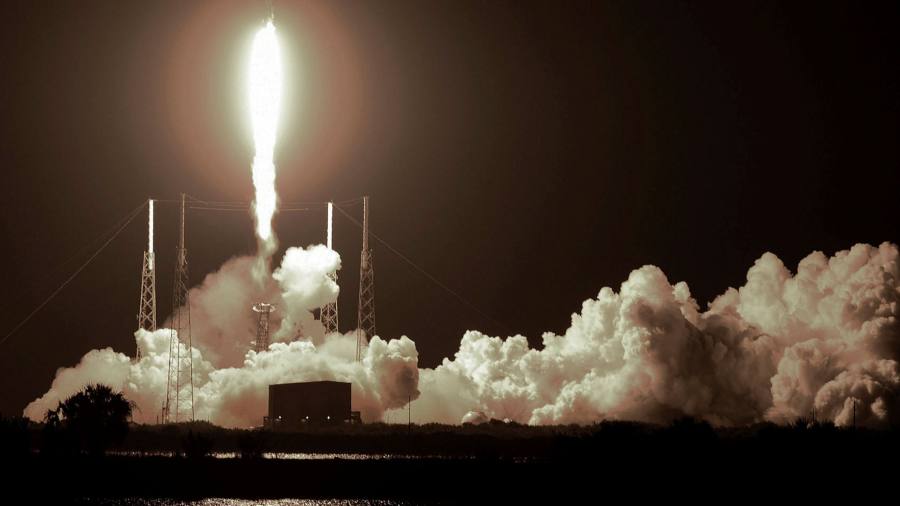 Elon Musk has responded to criticism that his Starlink satellites take up too much space, and instead argued that there could be room for “tens of billions” of spacecraft in orbits near Earth.

“The universe is simply extremely huge, and the satellites are very tiny,” Musk said. “This is not a situation where we are effectively blocking others in any way. We have not blocked anyone from doing anything, nor do we expect that. “

His comments, given in an interview with the Financial Times, came in response to a claim by Josef Aschbacher, head of the European Space Agency, that Musk “rule-making” for the new economy of commercial space. In an interview with the FT earlier this month, Aschbacher warned that Musk’s rush to launch thousands of communications satellites would leave fewer radio frequencies and orbital slots available to everyone else.

Rejecting suggestions that it is “squeezing out” future satellite competitors, Musk compared the number of satellites in low Earth orbit to, as he said, 2 billion cars and trucks on Earth. Each orbital “shell” around the Earth is larger than the planet’s surface, he said, with an extra shell every 10 feet further into space.

“That would mean space for tens of billions of satellites,” he said. “A couple of thousand satellites is nothing. It’s like, hey, there are a few thousand cars on Earth – it’s nothing. “

Some experts have challenged Musk’s claim that satellites in low Earth orbit could certainly match the density of cars and trucks on Earth.

Spacecraft traveling at 17,000 miles per hour need far greater separation from cars to allow time to adjust their orbits if a collision seems likely, said Jonathan McDowell, an astrophysicist at the Harvard-Smithsonian Center for Astrophysics. At that speed, an interval of three seconds would leave room for about 1,000 satellites in each orbital shell, he calculated.

Potential collisions can only be identified close to the moment when they could occur because of difficulties in calculating the orbits of many different satellites and because changes in solar weather affect their orbits, McDowell said.

“For many space users, planning an avoidance maneuver takes at least hours if not days, so that suggests the space is already overcrowded,” he said.

China he complained this month that two Starlink satellites forced the Chinese space station to take “preventive collision avoidance control” measures in October and July to “ensure the safety and lives of astronauts in orbit”.

Laura Forczyk, a space analyst at the Astralytical space consulting group, said Musk’s comparison of satellites to vehicles on Earth was “frivolous”, but added: “She is essentially right that this is a traffic management problem.”

The race to launch new communications networks with thousands of satellites has revealed an obvious need for more coordination between countries to decide “how orbital space will be distributed and managed by space traffic,” she said.

Forczyk said Aschbacher’s critique of Starlink was “based on emotion, not facts.”

“I have to wonder if similar complaints arose when certain airlines started flying more aircraft on given routes. No one owns the sky and everyone is free to use it, ”she said.

Video: Nets and harpoons: how to clean the space from garbage