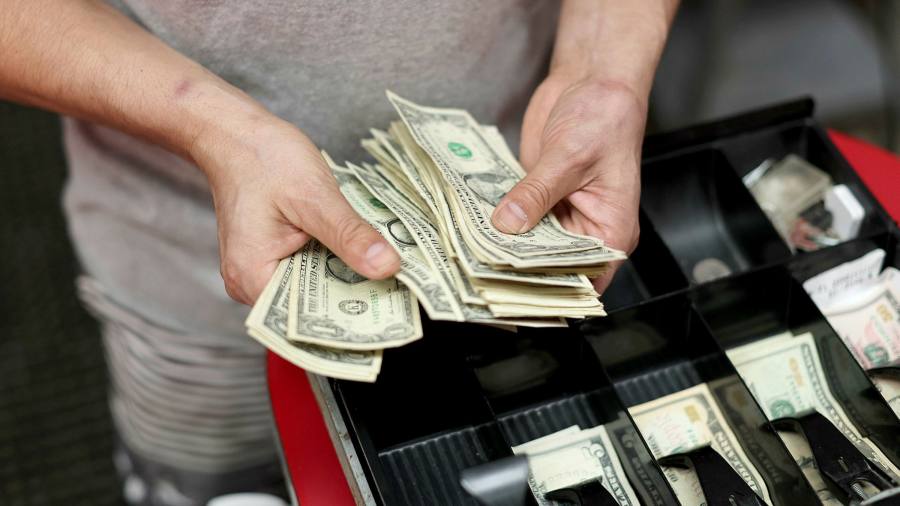 European stocks weakened on Thursday after the relief at the previous session, spurred by data on US inflation that was no worse than feared, gave way to questions about how long it will take for the sharp rise in prices to subside.

The Stoxx 600 capital ratio opened 0.2 percent lower. The European Index closed 0.6 percent higher on Wednesday in response to a 7 percent annual rise in U.S. consumer prices that investors calculated did not accelerate the Federal Reserve’s schedule for withdrawing monetary stimulus from the pandemic era.

Traders still expect the Fed, whose monetary policy decisions affect financing costs and stock market valuations around the world, to increase its main fund rate three to four times this year to around 1 percent, after putting it close to zero since March 2020.

This relatively benign perspective on funding costs is based on estimates that U.S. inflation, spurred by a revival in energy prices and bottlenecks in supply chains interrupted by the coronavirus, will soon peak.

“People love the convenience of what appears to be a mathematical certainty that an inflation rate of 7 percent cannot continue,” said Sunil Krishnan, head of multi-asset funds at Aviva Investors.

But that has kept investors from “asking tough questions,” he added, about how much U.S. inflation will fall and about the possibility that the Fed must raise interest rates above what markets currently expected.

“If we look at inflation of 3.5 percent by the end of the year, the Fed will still have a lot of wood to split,” he said.

“The CPI was expected to be poor and therefore the ability to shock was relatively low,” added Deutsche Bank strategist Jim Reid.

“Most forecasters think the peak of inflation is coming soon, but the pace of the slide is open to debate.”

Stock markets on Wall Street rose after data on inflation before the end of the session on Wednesday s muted gains. In Asia, the Hang Seng index in Hong Kong fell 0.1 percent on Thursday, while the Nikkei 225 in Tokyo lost 1 percent.

Yields on 10-year U.S. Treasury bonds rose about 0.03 percentage points to 1.75 percent as the price of the reference government debt instrument fell.

The dollar index, which measures the U.S. currency against six others, fell just below 0.3 percent after falling to its lowest point since November earlier on Thursday morning.