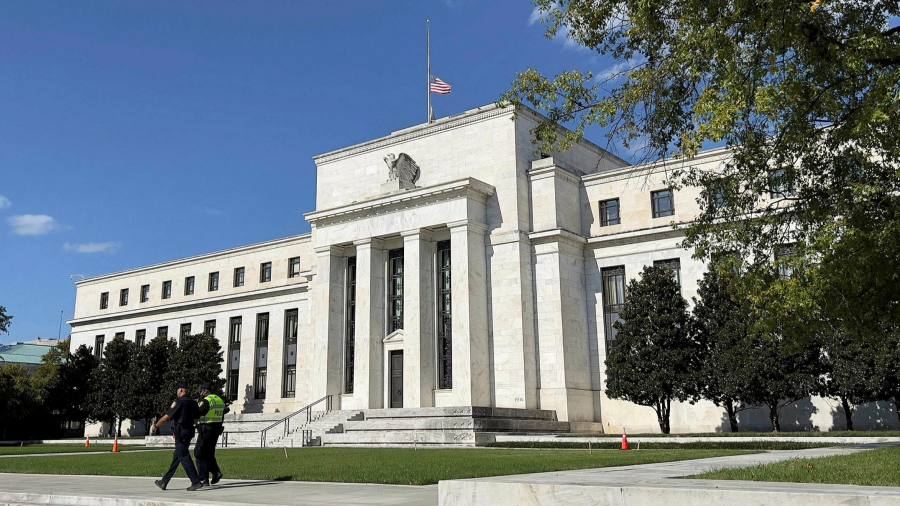 European stocks rose on Tuesday after the bloc’s central bank president calmed fears about a rapid end to pandemic-era monetary support that had fueled a rise in southern eurozone nations’ borrowing costs.

The regional Stoxx 600 index, which has fallen in tandem with Wall Street markets this year over expectations that central banks will lift interest rates from record lows to battle soaring inflation, added 0.4 per cent in morning trades.

A FTSE gauge of Italian stocks added 0.7 per cent, after losing 1 per cent in the previous session, while Spain’s Ibex gained 1.4 per cent.

“Markets are predicting a slower tightening [of monetary policy] rather than anything that could prove disorderly, ”said Juliette Cohen, investment strategist at European fund manager CPR Asset Management.

“The ECB is trying to moderate its stance and saying it will act cautiously,” added Cohen. “They have in mind what happened in 2010 and 2011,” she said, referring to two rate rises overseen by former president Jean-Claude Trichet to battle inflation, which were criticized for exacerbating a debt crisis.

Germany’s 10-year Bund yield was steady at 0.22 per cent. Until last month, this barometer of wider euro area borrowing costs had sat below zero since May 2019

“Don’t expect the ECB to rush to the exit,” said ING economist Carsten Brzeski, referring to purchasing programs under which the eurozone central bank has amassed more than € 2tn of assets since the pandemic hit to keep borrowing costs low.

“There is still lots of room for yields to go up before they undermine debt sustainability.”

The yield on the 10-year US Treasury note, which functions as a benchmark for borrowing costs worldwide, rose 0.03 percentage points to 1.94 per cent.

This key debt yield has jumped in recent weeks as markets moved to price in more than five quarter point rate rises by the Federal Reserve this year. The Fed is also expected to shrink a balance sheet that has swelled to $ 9tn since it embarked on a bond-buying program in March 2020.

Economists expect US inflation data released on Thursday to show consumer prices rose at an annual rate of 7.3 per cent in January, a fresh four-decade high.

The dollar index rose 0.2 per cent as rate rise bets climbed ahead of this week’s CPI data.

Futures contracts tracking the US S&P 500 share index were flat, while those tracking the technology-focused Nasdaq 100 dipped 0.1 per cent. Those moves followed a downward trend this year, accompanied by heavy intraday swings, as investors assessed the monetary policy outlook.