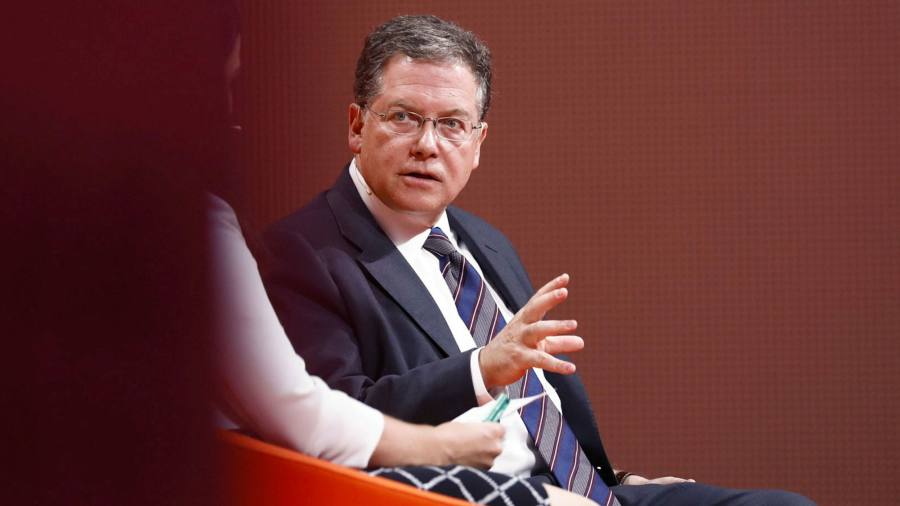 Stephen Scherr, a former top executive at Goldman Sachs, stands to make at least $ 250mn in his new role as chief executive of Hertz, if the car rental agency’s share price surges over the next five years or is sold.

Scherr, who was named chief executive of Hertz on Friday, was awarded a total of 12.5mn Hertz shares that will vest depending on how its stock performs in the coming years, according to a regulatory filing.

If Scherr were to receive all of his shares at the current stock price, the incentive pay package is worth about $ 250mn, although it may yield a far higher payout if Hertz stock skyrockets in the future, as its current owners expect.

If that windfall materializes, Scherr, who was once considered a potential candidate to lead Goldman Sachs as chief executive before he left the bank last year, may see his pay exceed that of the investment bank’s current leader, David Solomon.

Some awards will not be known if Hertz’s stock stagnates, or the company is not sold. “The terms of such equity awards are designed to align Mr Scherr’s compensation with the company’s longer-term stock price performance,” Hertz said in a filing.

Scherr left Goldman last year after 28 years at the Wall Street firm and was most recently the bank’s chief financial officer. At the time of his departure, the Financial Times reported it was Scherr’s decision to quit the bank and that he was open to leadership positions at other companies.

Described by some former colleagues at Goldman as intellectual and cerebral, some executives at the bank mentioned him as a potential future successor to Solomon if he were to depart in the short term.

Hertz, which filed for bankruptcy in May 2020 as business travel dried up and its heavy automotive fleet-related debts grew, has emerged from restructuring with record profits and a new vision to be a critical piece of electric car and autonomous taxi infrastructure in the US.

Hertz has ordered 100,000 vehicles from Elon Musk’s Tesla as part of a broader partnership with the electric carmaker. It has also begun working with ride-hailing group Uber to make its fleet available to drivers, and tapped online used car seller Carvana to buy and sell cars from the company.

These partnerships and surging rental car prices have propelled Hertz’s stock since it emerged from bankruptcy. As of the end of 2021, the Financial Times pegged the value of Knighthead and Certares’s combined $ 2bn investment, representing about 40 per cent of Hertz’s outstanding stock, at about $ 5bn.

“We have bold plans for Hertz over the long haul and we need a leader who knows how to turn big ideas into reality while inspiring people to work hard for change,” said Tom Wagner, who founded Knighthead Capital in 2008 after leading Goldman Sachs. distressed debt trading desk.

“Hertz is an extraordinary brand and a resilient business that is perfectly positioned to reshape how people move about in a safe, convenient, affordable and more environmentally-friendly way,” Scherr added in a statement on Friday.

According to a recent regulatory filing, Scherr owns just shy of 88,000 Goldman shares, which are worth $ 31.5mn based on the bank’s closing stock price on Thursday.