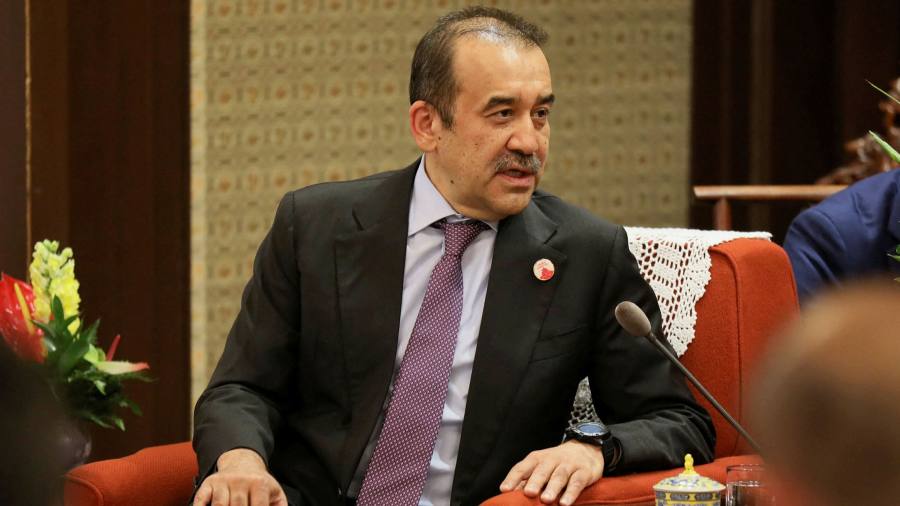 A former head of Kazakhstan’s intelligence service has been arrested on suspicion of treason as the government seeks to restore order following violent protests that destroyed government buildings and killed dozens in the former Soviet country.

The detention of Karim Massimov was announced on Saturday, January 6, by the KNB, the National Security Committee, which he headed until Wednesday, when he was removed by the president, Kasym-Jomart Tokayev.

The protests were largely peaceful, but suddenly escalated into violence Wednesday when gunmen attacked security forces and stormed government buildings in the trading capital of Almaty. On Friday, Tokayev claimed that 20,000 “bandits” were involved in the attack.

Massimov, the former prime minister, was a close ally of Nazarbayev, who resigned in 2019 but retained control of Kazakhstan’s powerful security council until Wednesday, when Tokayev ousted him and took over the role himself.

Tokayev then imposed a state of emergency, ordering security forces to shoot and kill without warning, i asking Russia for help establishing order.

“It is clear that Tokayev understood that Massimov was a serious threat to his authority insofar as parts of the KNB would not receive instructions from Tokayev, but only from Nazarbayev and Massimov. This obviously cannot continue, ”said Simon Glancy, founder of Kazakhstan’s Strategic Solutions Risk and Compliance Consulting Company.

“Massimov is a very strategic and careful operator. In my opinion, he was probably set up and blackmailed as part of the current internal struggle for power, ”he said.

The KNB said it had opened an investigation into the acts of treason on January 6 and arrested Massimov and others “on suspicion of having committed this crime,” Interfax reported.

Glancy said the initial secrecy surrounding Massimo’s arrest “only emphasizes that we are very far from knowing the full picture”.

Tokayev, Nazarbayev’s protégé, was considered a temporary figure, while the former president retained control of the security apparatus and the role of “father of the nation.”

Massimov actually controlled the country and was rumored to have kept Tokay under control. That changed Wednesday when Tokayev took control of the Security Council.

Nazarbayev and his close relatives have not been seen in public since late December, and have been rumored to have fled the country. On Saturday, his press secretary is Aidos Ukibay He said about the fact that the former president was in Kazakhstan and in contact with Tokayev.

Tokayev told Vladimir Putin on Saturday that the situation was stabilizing, according to a statement on his official website.

He said the Russian president had backed his call for an online summit of the Collective Security Treaty Organization, which also includes Belarus, Armenia, Tajikistan and Kyrgyzstan. The Kremlin said the date of the summit would be confirmed.

During the protests, telephone and internet services were blocked across the country, payment systems were suspended, Almaty airport was closed, and rail services were not operated.

Russia’s foreign ministry said the situation was “gradually changing for the better”. Communication and infrastructure services, including several payment systems, were returning to normal.

Government buildings in Almaty, the scene of some of the worst unrest, “have been cleared of extremists,” it said. “Many militants have either been eliminated or arrested; they are now identifying themselves. ”

Kazakh authorities said the airport would remain closed to civil aviation until Tuesday.