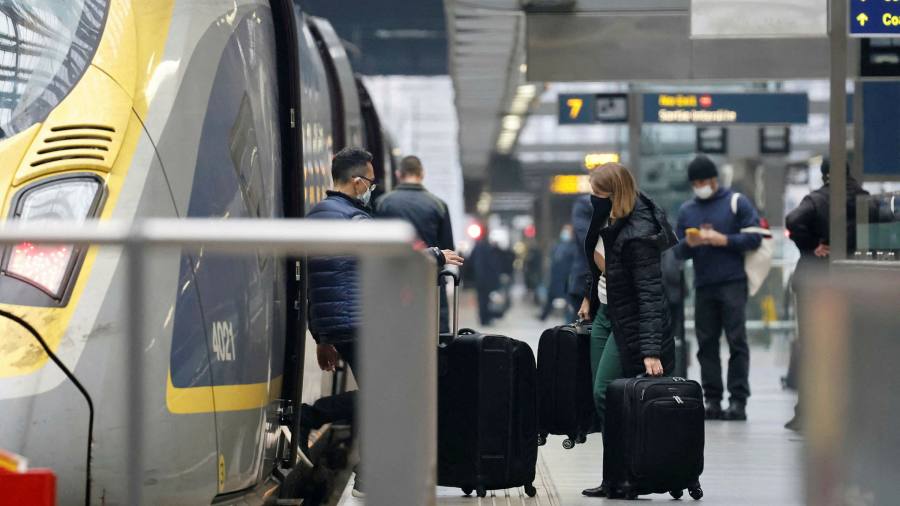 France has lifted most of its restrictions on vaccinated travelers from the UK, which will pave the way for the return of tourists from Friday.

The French prime minister’s office has announced strict travel limits introduced in mid-December was no longer needed because their goal was to slow the spread of the more transmissible variant of Omicron – at the time more prevalent in the UK than in France, but now dominant in both.

“The general spread of this variant in both countries today has prompted the government to make these adjustments,” it said.

All passengers coming from the United Kingdom will still have to show a negative test on Covid-19, which is less than 24 hours old.

But vaccinated persons will be able to enter France for any reason without registration or quarantine. Unvaccinated persons must have an important reason to travel, report their place to the authorities and isolate themselves for 10 days.

As in many countries around the world, the Omicron variant, which is highly contagious but often causes less severe diseases, has pushed infections to record levels in the UK and France in recent weeks. Britain seems to have crossed its peak in terms of new daily infections, while France has not yet even if its explosive growth rate has slowed.

France reported about 280,000 new infections on Wednesday, based on a seven-day moving average, more than five times more than just a month ago before the Omicron effect hit. The incidence rate was 420 cases per 100,000 people, while in Britain it was 235 per 100,000 people.

Hospitalizations are also on the rise, but the government has bet that the health care system will be able to withstand the pressure. Nearly 24,000 people are currently hospitalized with Covid-19 in France, up 13 percent from a week ago.

Easing travel restrictions with Britain will be welcome news for the French tourism industry, especially for alpine ski resorts that have been hit hard by the loss of British tourists over the Christmas holidays.

About 15 percent of skiers in French resorts come from the United Kingdom, Jean-Baptiste Lemoyne, the Minister of Tourism and Small Business, told TV5 Monde.

“Let’s hope that this morning’s decision will enable the resorts to make up for it.” [revenue] the gap, ”he said. The government has spent 38 billion euros to support the tourism sector since the pandemic began two years ago.