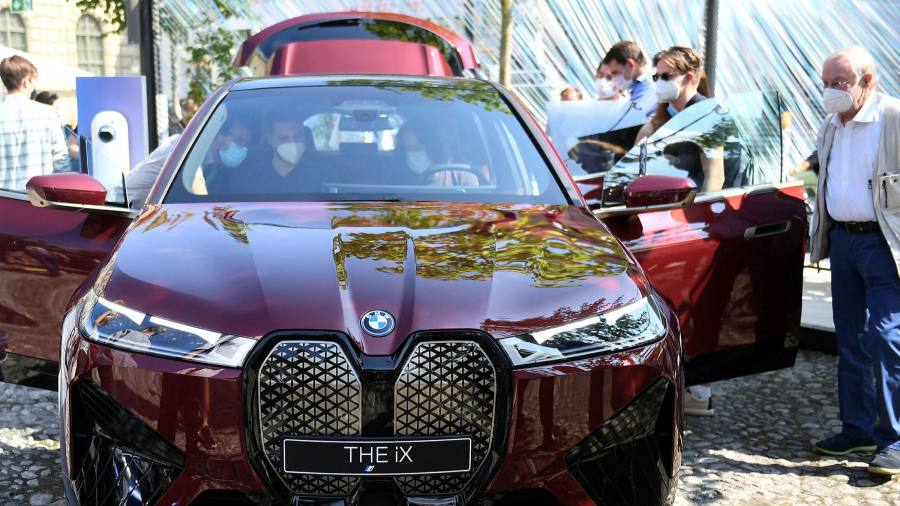 German premium carmakers enjoyed record high prices for their luxury models in 2021 as a shortage of semiconductors limited the supply of vehicles in major markets just at a time when consumer demand was on the rise.

Revenues per car in BMW, Audi and Mercedes-Benz rose by an average of almost 25 percent compared to 2019 before the pandemic, a Stifel Bank analysis for the Financial Times showed.

The increase was caused by the reversal of a decade-long trend, in which the industry produced more cars than it sold. Carmakers then offered increasing discounts to push surplus cars to the lobby, so that the target sales volume could be reached in time for the billing deadlines.

Since 2019, when the global economy weakened, manufacturers have started producing fewer cars than they can sell, and the gap has widened to approximately 4 million vehicles this year. Although a similar deficit existed after the 2009 financial crisis, it was an anomaly amid years of overcapacity.

“We have seen a reduction in inventories for three years, encouraged [restricted] supply, ”said Daniel Schwarz, an analyst at Stifel. “It hasn’t happened before.”

BMW, which managed the chips crisis better than its counterparts and lost less production time overall, experienced a more modest increase, from just over € 36,000 per vehicle in 2019 to more than € 38,000 in 2021 by the end of the third quarter.

Much of this has been achieved by giving manufacturers the advantage of producing more profitable models.

Sales at Mercedes, for example, fell 30 percent in the three months to the end of September, but revenue fell just 1 percent.

Stifel’s analysis shows that in just one quarter, Mercedes’ earnings before interest and taxes increased by 1.4 billion euros just at better prices and by putting available chips in higher class vehicles and with a higher margin.

As investors notice the change, leaders say they will continue to pursue this strategy even when supply constraints are eased.

“There is no pressure to chase volume,” Ola Kallenius, Mercedes chief, told the Financial Times this month, while Harald Wilhelm, chief financial officer, vowed to focus on where the money is.

“This prevailing strategy of not looking down [market] segments in which we look only upwards, this will continue, ”Kallenius added.

Luxury carmakers were also helped by the record rise in used car prices. This not only made the purchase of new cars more attractive, but also boosted the balance sheets of the financial branches of top manufacturers, which run large leasing companies.

“Cars are coming back [to the manufacturer] after 12-36 months, and the resale price is much higher than originally thought, ”Schwarz said.

“From a short-term perspective, the lack of new cars today will make used cars rare for at least the next two years,” he added. “It should also support the prices of new cars.”