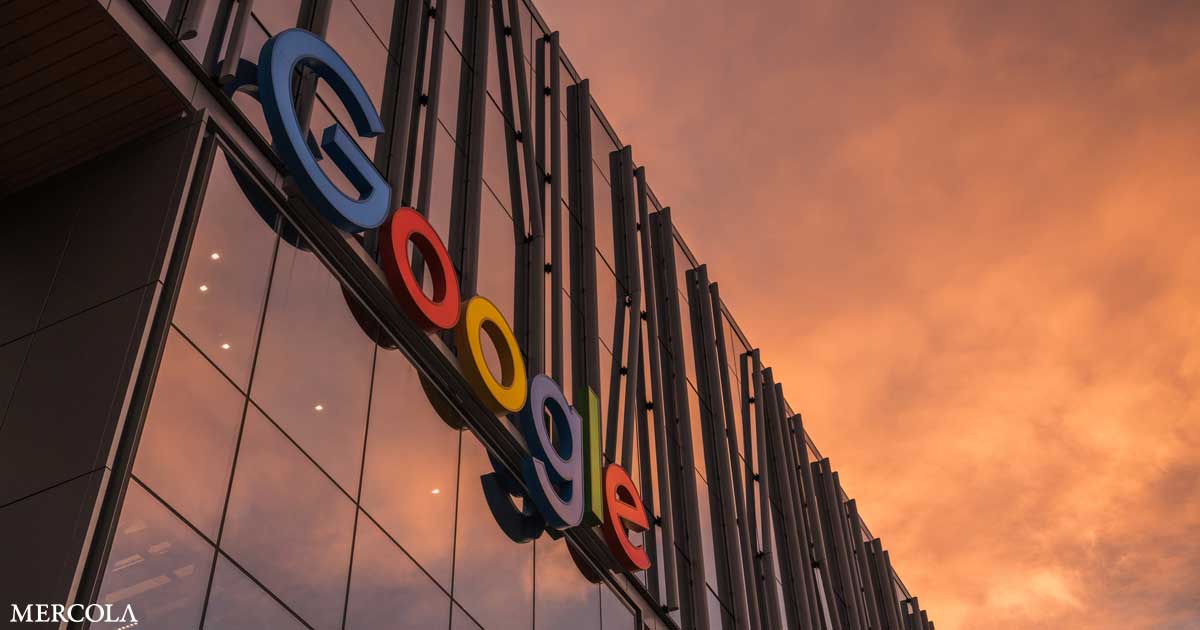 At the end of 2021, the term “mass formation psychosis” had a value of 0 on Google Trends, meaning there is not enough data for the term to even make it on the charts. Then, on December 31, Dr. Robert Malone, the inventor of the mRNA and DNA vaccine core platform technology,1 mentioned it on an episode of The Joe Rogan Experience viewed by more than 50 million people.2

The term, which provides a coherent explanation of why so many people have fallen victim to the unbelievable lies and propaganda of the mainstream COVID-19 narrative, went viral. On January 2, 2022, mass formation psychosis reached a value of 100 on Google Trends,3 which means it had reached peak popularity.

The technocrats quickly took action, adding a rarely seen warning that popped up for those searching the suddenly popular phrase in the early days of 2022. It read, “It looks like these results are changing rapidly. If this topic is new, it can sometimes take time for results to be added by reliable sources. “4

In reality, the topic is not new. Mattias Desmet, professor of clinical psychology at the University of Ghent in Belgium, who has 126 publications to his name,5 has been studying it for many years, and the phenomenon actually dates back over a hundred years. One of the earliest works on the subject, according to Malone, is an 1841 book titled, “Extraordinary Popular Delusions and The Madness of Crowds,” which details “the irrational behaviors of crowds.”6

You won’t find any of this – at least not easily – if you search on Google for “mass formation psychosis” today, however, as it’s all been effectively buried by Big Tech. What you will find is the results of an orchestrated and carefully vetted links to sites that help control the mainstream narrative around the topic. This not only serves to twist the meaning of the term but also to discredit Malone, a classic Orwellian Doublespeak move.

Outrageously, one of the “expert fact checkers” used by the AP to discredit Malone and mass formation psychosis is Jay Van Bavel, a New York University assistant professor of psychology and neural science who not only stated he had never heard of the phrase and could not find it in peer-reviewed literature, but also has encouraged the use of “behavioral science” to “nudge” and “motivate” people to obey the official COVID-19 narrative.9 On January 10, Malone wrote:10

“[T]here has been an amazingly coordinated effort to shoot the messenger and actively character assassinate (or “defenstrate”) me as a surrogate while avoiding any reference to the highly credentialed academic Professor Dr. Mattias Desmet who actually developed the theory and has documented the extensive evidence in an upcoming academic book.

… In this coordinated propaganda and censorship response, we can clearly see the hands of the BBC-led Trusted News Initiative, the Scientific Technological Elite, the transnational investment funds and their World Economic Forum allies which control Pfizer and most of Big Pharma, Legacy Media and Big Tech (and many national governments) acting in real time to suppress growing awareness by the general public of having been actively manipulated using crowd psychology tools to generate clinically significant fear and anxiety of COVID-19 (otherwise known as “Coronaphobia”) to advance their agendas on a global scale. ”

What Is Mass Formation Psychosis?

In the video above, you can see Thomas Patrick Carrigan interviewing Malone, Desmet and board-certified internist and cardiologist Dr. Peter McCullough about mass formation psychosis. Don’t be confused by the term mass, it is just psychological to speak for the crowd. Crowd formation is the same as mass formation.

Formation is the sudden cohesion of the group (the crowd) around a shared consensus. Desmet says he prefers the term mass formation – not mass formation psychosis – because he doesn’t want to use a diagnostic term and the word “psychosis” has a stigma and medical meaning attached to it. Either way, both terms have the same meaning, which involves the formation of a hypnotic state.

Desmet’s upcoming book, “The Psychology of Totalitarianism,” explains that mass formation has grown over the last 200 years. On a grand scale, mass formation leads to totalitarian thinking and, ultimately, to totalitarian states. He details the four conditions needed to achieve mass formation on a large scale, which include cognitive dissonance and psychological pain – factors that often leave people desperate for change and a way to escape:11

According to an abridged excerpt from Desmet’s book:12

At the same time, the field of attention gets narrower until it only contains the part of reality that is indicated by the narrative and people lose their capacity to take into account the other aspects of reality (which makes them often utterly irrational). ”

The More Absurd It Gets, the More Successful It Will Be

People want to remove their feelings of social isolation and anxiety. Toward that end, mass formation involves obsessive focusing on a failure of the normal world or a particular event or person, who becomes the focus of attention – and the more absurd the narrative becomes, the better. Desmet says in the video above:13

The narrative that leads to mass formation typically becomes more and more absurd, and the strange thing is that people don’t seem to notice this… The reason why people buy into the narrative is not, in the first place, because the narrative is correct or scientific or accurate.

The reason why people buy into the narrative is because it creates this new social bond. That’s why typically during mass formation, the people who don’t want to conform to the masses, who don’t go along with the narrative, are typically [accused of] lacking citizenship and solidarity. ”

Desmet says that the more absurd the narrative and its surrounding measures become, the more successful they will be for a certain part of the population, usually about 30%, because the measures function as rituals, through which an individual shows that they are less important than the collective masses:14

Another irony is that the higher the level of education, the more susceptible people are usually to mass formation, Desmet says. “People who try to get advanced degrees are usually people who think that social status is very important. And that could be the reason they are inclined to conform to the mainstream narrative. ”15 It may also explain why so many physicians and academics have bought into the propaganda, ignoring science in favor of the collective narrative.

Those who are under the spell of mass formation psychosis are so convinced that their narrative will save the world that they feel justified in using manipulative tactics and lies to protect it, Desmet explains, exemplifying Plato’s noble lie – the notion that, in the case of high-status individuals or designated public leaders, it’s acceptable to lie if the lie is made in the interest of the common good. According to Desmet:16

Who’s the leader today? “The experts. The authority and the technocrats you could say, ”Desmet says. The way out involves having the courage to speak the truth, even though doing so is typically extremely dangerous.

The ancient Greeks had a word for this – parrhesia, which is having the courage to speak the truth in spite of danger. But as Desmet explains, while those who try to reveal knowledge that is in conflict with the narrative put themselves at risk, if no one speaks the truth, society cannot continue to function.

The first step to ending mass formation, which is also the most important, is speaking out against the official narrative if things seem off to you. “If you want to make the mass formation less deep, then it is quintessential that there are people who continue to speak out and [are a] dissonant voice in society, because this will disrupt the process of mass formation, ”says Desmet.17

The second step involves connecting with other people in the real world who have a similar viewpoint as you or a feeling that something is wrong. Forming small networks in your community will help you break the mass formation cycle. It’s important, however, that when you tell people about the truth that you don’t try to take them back to the “old normal,” because, remember, this is what drove them to mass formation in the first place. According to Desmet:18

In short, Desmet recommends the following four steps to break free from mass formation psychosis and enact favorable change one social circle at a time:

The last step is an important one, because if you use aggression of any form, even in the way you speak, it will only be used as justification by the masses that they were right to oppose you. Nonviolent resistant is the most efficient strategy as you try to resist and defy the mass formation psychosis around you.

How to Reverse Mass Formation Psychosis

We all have the capacity to generate reality with our minds and this is what the cabal has hijacked so effectively. Why? Because never in the history of mankind have the tools existed to pull it off. First radio and then TV spread the message, but then social media leveraged the effectiveness of the brainwashing exponentially.

I would recommend watching this video a few times and sharing it with your friends, as it will help them understand – how we can repair the damage. We need to free our mind from their hijacking and use it for constructive purposes – not destructive ones.