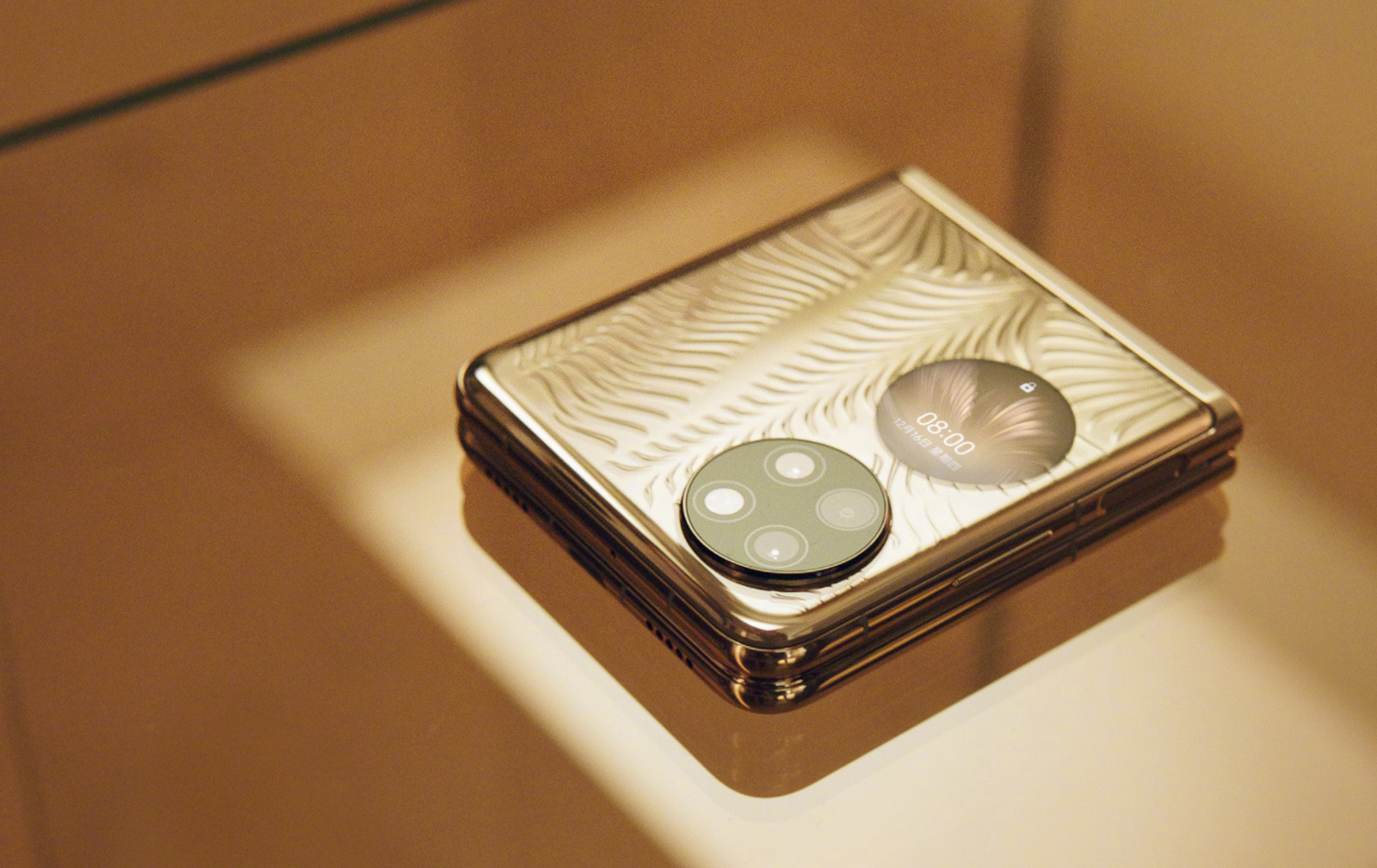 Huawei is no stranger to foldable mobile devices and has released three over the past few years: Mate X, Mate Xs and Mate X2, which is the latest model launched in February. They are all similar to the Samsung Galaxy Fold in that they are devices that fold vertically and when unfolded are the size of a small tablet. However, recently Huawei started teasing a folding phone that is more similar to the Samsung Galaxy Flip, and a fashion video released Harper’s Bazaar China have discovered what the device looks like.

The model, dubbed the Huawei P50 Pocket, is featured in a picture with Chinese actress and singer Guan Xiaotong. It looks pretty big, based on photos posted on Weib, with a circular external screen that can display the time, notifications, and display what you’re shooting with the camera if the phone is turned off. The P50 Pocket’s external display is right next to the camera, and towards Engadget Chinese, its fingerprint reader is located along the edges of the device. Version in Harper’s Bazaar the photoshoot is gold with some kind of leaf pattern, but Huawei’s teaser shows that it will also come in a silver version with a diamond plaid pattern.

Huawei will officially unveil the P50 Pocket on December 23rd.