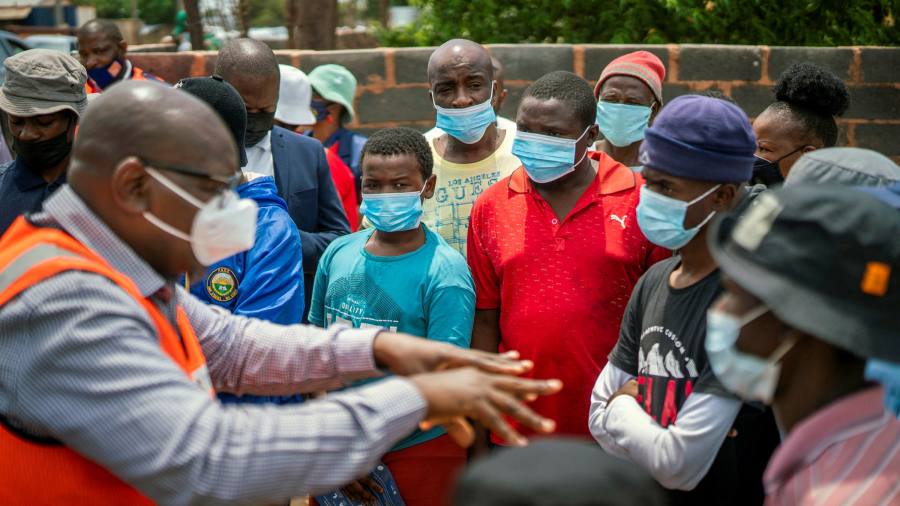 New infections at the heart of the Omicron coronavirus outbreak in South Africa show “early signs” of a slowdown as hospital admissions are also lower than previous waves, the country’s health minister said.

South Africa recorded more than 24,000 new cases on Thursday, with about one in three tests being positive.

But in recent days, new cases and positive test rates seem to have reversed in Gauteng, the economic hub where the first Omicron cases have been seen in South Africa.

Although the number of cases is still rising rapidly in other provinces, Gauteng may have peaked with positive test rates, which have now fallen by as much as 35 percent, Health Minister Joe Phaahla said on Friday.

Gauteng now accounts for just over a quarter of daily new cases in South Africa, down from about three-quarters earlier in the Omicron wave, he added.

Since the end of November, when Omicron was first discovered in the region by scientists in South Africa and Botswana, the fourth wave in South Africa has risen much faster, but with much fewer hospital admissions so far compared to the same period in earlier waves.

South African scientists cautiously attribute this “separation” to the country’s high rate of previous infection from earlier waves and a vaccination program that has affected a relatively large number of older people. Although only about four in 10 adults were double-vaccinated in total, most people over the age of 60 received at least one dose.

President Cyril Ramaphosa, who was positive over the weekend and had mild symptoms, “is in a good mood and is recovering,” the government said Friday.

The government has so far kept restrictions, such as night curfew, at its lowest level through the Omicron wave. The health ministry said on Friday that the measures would remain unchanged for now, but were under regular review.

As the year ends and the summer holiday season in the country begins, the vaccination program in South Africa does not meet its targets, with around 100,000 to 130,000 doses given daily compared to a target of at least 250,000.

The program has hit distribution problems in poorer areas, as well as misinformation and concerns about side effects.

South Africa is expected to begin massive deployment of the BioNTech / Pfizer shot booster, one of the two main stings used in the country, by the end of the year. A regulatory decision on Johnson & Johnson single-dose injectors is expected soon.