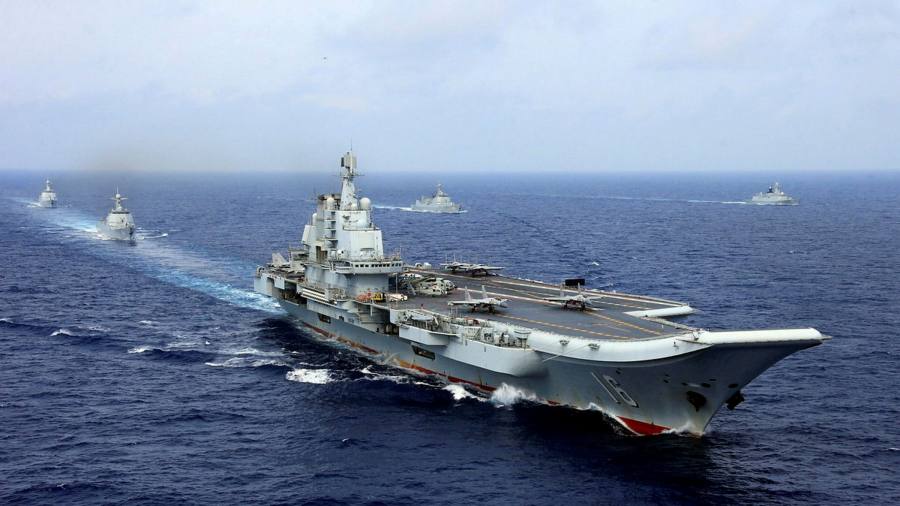 Tokyo and Beijing have agreed to establish a military hotline, according to Japanese officials, creating an urgent communication mechanism to mitigate potential crises around the disputed islands and the Taiwan Strait.

Japan’s defense ministry said governments had agreed to establish a link by the end of 2022 during a two-hour telephone conversation Monday between Nobu Kishi, the defense minister, and his Chinese counterpart, Wei Fenghe.

The ministers agreed on the “timely establishment” of a telephone line between the two armies, the Japanese Defense Ministry said, in order to improve the efficiency of the naval and air communication mechanism. founded in 2018 to prevent unintentional conflicts.

The Chinese Ministry of Defense did not directly mention the telephone line, but said there was a need to strengthen ties and communication between the Ministries of Defense.

They should “strengthen high-level exchanges and practical cooperation, further expand the content of the maritime and air communication mechanism, jointly control risks, prevent escalation of conflict and continuously improve the level of defense cooperation,” Wei said.

During his tenure, Kishi has strengthened Japan’s focus on potential risks around Taiwan, speaking to the Financial Times this year, that widespread international pressure was key to preventing the future of Taipei from being decided by military conflict. The recent Defense White Paper called on Taiwan’s security to be viewed with an increased “sense of crisis”.

Kishi expressed “serious concern” over the call over any attempts by China to change the status quo through coercion, Japan’s defense ministry said, adding that it had told Wei that peace was across the Taiwan Strait critical to Japan’s security and the stability of the international community.

People close to the discussions warned that the last sign of the agreement may not represent significant progress.

China has a military hotline for crises with the U.S., but Washington has complained this year that calls have often gone unanswered. According to U.S. experts, crisis communication channels have broken down in the past during critical situations, such as a Chinese fighter jet colliding with a U.S. spy plane in April 2001 off the southern Chinese island of Hainan.

The military hotline between China and Japan has been debated for more than a decade. The parties agreed in 2007 to establish it, but failed to complete details.

A person familiar with the talks between Kishi and Wei said a telephone conversation between Chinese President Xi Jinping and Fumi Kishida shortly after the Japanese prime minister took office in October marked short-term dissolution in relationships.

Xi said rivals should continue “constructive and stable” relations ahead of the 50th anniversary of their resumption of diplomatic relations in 1972.

But regular Chinese incursions around the Senkaku Islands – known in China as Diaoyu and laid by Beijing – have continued.

The Chinese government was angry at Kishida’s criticism of the attack and Beijing’s policies in Hong Kong and Xinjiang at a regional summit in late October. “Although there is an opportunity to improve the relationship, the foundations of the relationship are still very fragile,” the person said.

Experts have warned that quickly expansion of activities Chinese armies, coast guard ships and naval militias – fishing vessels working with the military – around the Senkaku Islands have increased the risk of accidents or open conflict.