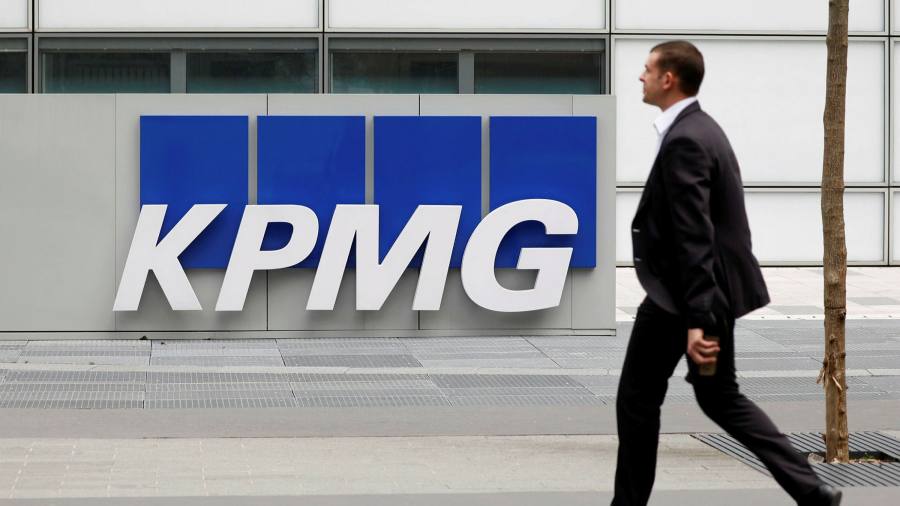 Partners were paid 20 per cent more than in 2020 at the scandal-hit accounting firm, which has faced a leadership overhaul as well as fines and criticism for its audit and insolvency work in the past year.

The firm said all of its main business lines had grown in the year to September 2021, led by a 31 per cent rise in sales at its deal advisory unit.

Its 14,700 staff shared a £ 100mn bonus pool as the professional services sector benefited from soaring demand for advice on mergers and acquisitions, and on digital transformations as companies sought to reshape their operations to adapt to serving customers online.

“This is a resilient performance delivered against the challenging backdrop of the pandemic,” he said Jon HoltUK chief executive of KPMG.

Although up on 2020, the payouts for KPMG partners were less than their peers at the other Big Four accounting firms: Deloitte, EY and PwC.

KPMG’s pre-tax profits rose to £ 436mn for the year to September 2021, up from £ 288mn a year earlier. Revenue increased 10 per cent to £ 2.4bn, excluding the firm’s pensions and restructuring divisionswhich were sold off in 2020 and 2021 respectively.

The firm’s 571 partners have backed a plan to retain £ 300mn of proceeds from sales, which the firm has earmarked for investment in its core business lines and in higher growth areas such as digital consulting, and advising companies on environmental, social and governance matters. .

The firm also faces further fines and lawsuits over alleged audit failures at companies such as collapsed outsourcer Carillion.

“We have begun the fundamental transformation of our UK business and our partners are united around our long-term vision for the firm,” Holt said.

Holt has appointed Chris Hearld, head of KPMG’s UK regional business, as chief financial officer as he aims to improve the firm’s profitability, which has flattened over the past decade.

KPMG has endured a difficult year in which chair and senior partner Bill Michael quit after telling staff to “stop moaning” about pandemic working conditions and that unconscious bias was “complete and utter crap”.

His interim replacement Mary O’Connor, who was effectively the leader of the non-audit business, also left after she was not put forward as a candidate to become the firm’s permanent chief executive. That role instead went to Holt, former head of audit.

KPMG was fined £ 13mn in August for its role in deliberately pushing client Silentnight into insolvency so another potential client, private equity firm HIG Capital, could buy the business without its £ 100mn pension liabilities. The UK accounting regulator has also criticized the quality of the firm’s banking audits.

The Financial Times revealed in December that KPMG had withdrawn from bidding for UK government contracts pending the outcome of a Cabinet Office review that could lead to a formal ban for the third largest winner of public sector contracts.