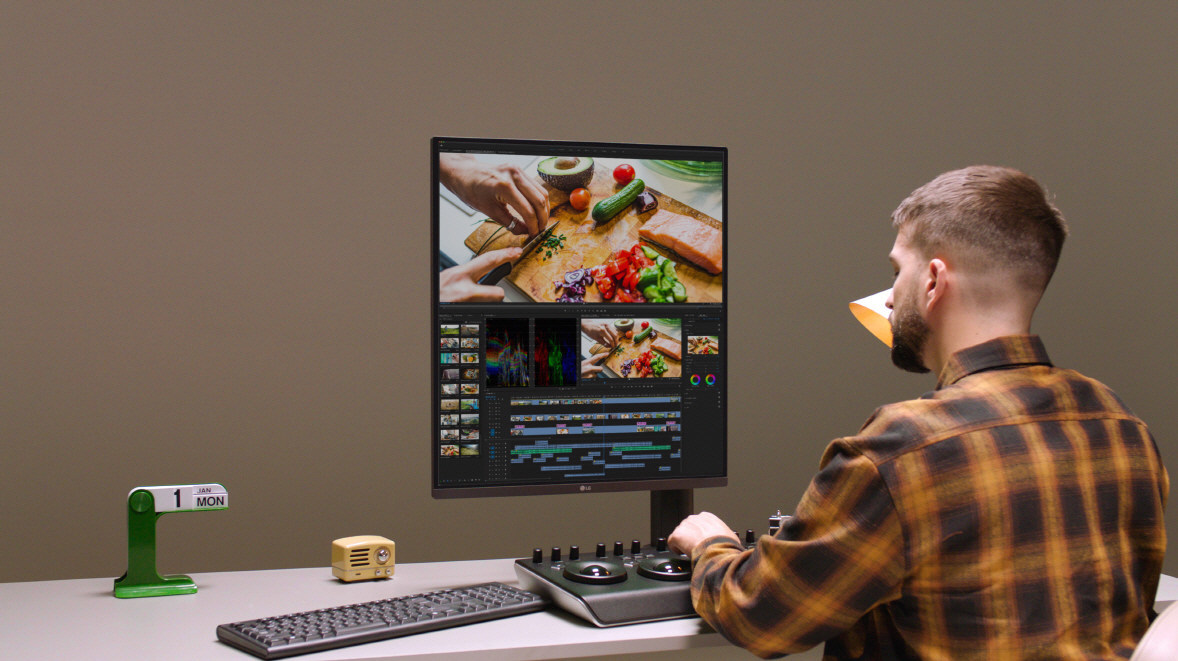 LG has unveiled several monitors that will debut at their virtual CES event, and one of them is obviously a brand new format on the market. The company’s new DualUp monitor has an unusual 16:18 aspect ratio. It is a 2560 x 2880 pixel vertical screen that LG calls “Square Double QHD”. When you use its vertical split function, DualUp looks like you’ve put two 21.5-inch monitors on top of each other.

It could be a better shape than a typical monitor if you constantly have to look at information on multiple windows or screens for work or any other reason. In its announcement, LG says the model will help reduce lateral head movements that cause neck pain. The DualUp was also supposed to save space and will come with an LG Ergo stand that attaches to most tables and desks. Other features of the Nano IPS monitor include a brightness of 300 nits, a contrast ratio of 1000: 1 and support for HDR10.

In addition to DualUp, LG also introduced the UltraFine, a 32-inch 4K UHD monitor. It has a more conventional aspect ratio, but is the first to use LG’s Nano IPS Black panel technology, which provides a 2000: 1 contrast ratio. The company will reveal more about both premium monitors at its virtual press event on January 4th. It is unknown at this time whether LG will still succeed with the physical experience at CES 2022, assuming the event will continue to take place despite the threat posed by the Omicron variant. But he planned to display a list of new items during the conference in addition to these monitors, including a soundtrack with the center speaker pointing up, a wireless TV on wheels and an OLED TV with motorized cover.