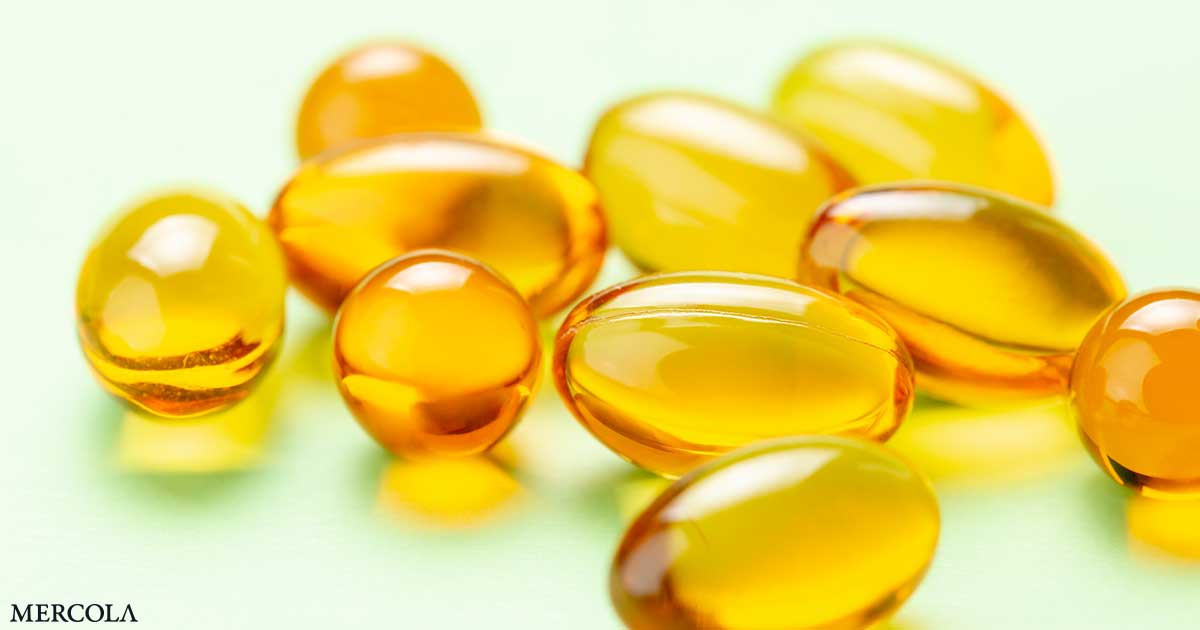 This article was previously published on July 2, 2020 and has been updated with new information.

Up to 2.5% of children and 8.3% of adolescents suffer from depression, a condition associated with significant complications later in life, including increased risk of suicide, substance abuse, physical illness and problems with work, academic and psychosocial functioning.1

Both genetic and environmental factors are believed to play a role in why some children develop depression, and more and more attention is being paid to the role of nutrients and nutrients such as vitamin D, which is ideally obtained by sun exposure.

Furthermore, the metabolism of single carbon, which includes vitamin B12, folate, and homocysteine ​​and which plays a role in many biological processes and maintaining cellular homeostasis, has been investigated for its role in psychiatric disorders, including depression in adults.2

After further research into the link, researchers at Ordu University in Turkey found that low levels of vitamin B12 and vitamin D, along with increased homocysteine, may play a role in depression in children and adolescents.3

The study involved 89 children and adolescents with depression, along with 43 subjects without depression who served as controls. Volunteers completed testing for childhood depression and anxiety and had their levels of folate, vitamin B12, homocysteine ​​and vitamin D measured.

Although there was no significant difference in folate levels between the groups, 11.23% of those with depression had low folate levels. Furthermore, in the depressed group, vitamin B12 and vitamin D levels were “obviously low”. As for how this could contribute to depression, the researchers explained:4

“Carbon metabolism plays a fundamental role in the methylation processes of neurotransmitters, proteins and membrane phospholipids. In addition, it is necessary for DNA synthesis.

Both vitamin B12 and folate have been previously described as antidepressant nutrients.5 Folate, found in dark leafy greens like spinach, avocados and other fresh vegetables, is involved in the production of mood-regulating neurotransmitters in your body. In one study, people who consumed the most folate had a lower risk of depression than those who ate the least.6

Vitamin B12 is found only in animal foods such as grass-fed meat, eggs, dairy products and wild-caught seafood. As such, vegetarians and vegans are particularly vulnerable to B12 deficiency, and this is one of the probable reasons why vegetarians may be almost twice as likely to suffer from depression than meat eaters, even after adjusting for variables such as job status. family history and number of children. .7

It is generally known that people with vitamin B12 deficiency are at increased risk of depression,8 which could be, in part, due to the resulting changes in the level of DNA methylation in the brain, leading to neurological damage.9 Vitamin B12 also helps regulate homocysteine ​​levels, and increased homocysteine ​​has been linked to B12 deficiency as well as depression.

Folic acid, vitamin B12 is recommended for the treatment of depression

Considering extensive research linking depression to low levels of vitamin B12 and folate, researchers from the MRC Neuropsychiatric Research Laboratory in Epsom, Surrey, UK, suggested that folate and vitamin B12 should be considered in the treatment of depression.

“Based on current data, we suggest that oral doses of both folic acid (800 mcg per day) and vitamin B12 (1000 mcg per day) should be attempted to improve the treatment outcome of depression,” they noted.10

Folic acid is a synthetic version of folate, or vitamin B9, and although it may have a place in the treatment of depression, the best way to increase levels is to eat foods rich in folate, such as asparagus, avocados, broccoli, broccoli and spinach. As for why folate and vitamin B12 are so important for mental health, they explained:11

“Increased homocysteine ​​increases intracellular calcium flow through the NMDA [N-methyl D-aspartic acid] receptor activation pathway. Inside the cell, oxidative stress increases and apoptotic signals are activated. Elevated homocysteine ​​levels cause DNA damage, mitochondrial dysfunction and endoplasmic reticulum stress, ”the researchers said, suggesting that this is probably one of the mechanisms behind homocysteine ​​depression.12

A separate study also linked higher homocysteine ​​levels to an increased rate of depression and anxiety among 12- and 13-year-old boys in Taiwan.13 Higher levels of homocysteine, along with significantly lower levels of vitamin B12 and vitamin D, have also been linked to other mental health conditions, including obsessive compulsive disorder, which is believed to play a causal role.14

Homocysteine ​​is an amino acid in your body and blood obtained primarily by eating meat. Vitamins B6, B9 and B12 help convert homocysteine ​​into methionine – the building block for proteins. If you do not get enough of these B vitamins, this conversion process is disrupted and results in higher homocysteine. Conversely, when you increase your intake of B6, folate, and B12, your homocysteine ​​levels decrease.

Therefore, checking homocysteine ​​levels is a great way to determine vitamin B6, folate and B12 deficiency. The researchers also noted that “vitamin deficiencies and elevated homocysteine ​​should be investigated in terms of a cause-and-effect relationship” in terms of depression in youth, especially since depression can contribute to poor appetite and improper eating habits.

Researchers at Ordu University have also found low levels of vitamin D among children and adolescents with depression, a link discovered in the past. In the study, the depressed group had a mean vitamin D level of 11 ng / ml, compared with 24.85 ng / ml in the control group. Both of these values ​​are low, but 11 ng / ml is dangerously low and will radically increase the risk of rickets.

It is important to note that for optimal health and disease prevention, levels between 60 and 80 ng / mL (150 to 200 nm / L) appear to be ideal, so all study participants were very low against this measure. Vitamin D receptors exist in the human brain,15 hinting at the importance of this vitamin for mental and emotional health.

Vitamin D is believed to regulate more than 200 different genes by binding to vitamin D receptors that are responsible for triggering a number of biological processes.16 Low levels of vitamin D are actually associated with a number of mental disorders, including anxiety, depression and schizophrenia.

It is likely to affect mental health in a number of ways, including modulating inflammation, regulating free radical-fighting proteins, and increasing the synthesis of neurotrophic factor from the brain, which may play a role in schizophrenia.

Writing in Children magazine, Dr. Joy Weydert of the Department of Pediatrics at the University of Kansas Medical Center explained, “Vitamin D deficiency reduces the expression of the enzyme catechol-O-methyl transferase (COMT), which is required for dopamine and serotonin metabolism.”17 Furthermore, adolescents with low vitamin D levels had improved symptoms of depression after vitamin D supplementation.18

Vitamin D deficiency in children is “very common”,19 and children, like adults, should be regularly exposed to the sun or take vitamin D3 supplements to ensure that their levels are in the optimal range. It is important to note that vitamin D supplementation must be balanced with other nutrients, namely vitamin K2 (to avoid complications associated with excessive calcification in your arteries), calcium and magnesium.

The best way to assess if you need supplementation and how much is to test your level, ideally twice a year, in early spring and early fall when your level is at its lowest point and peak. Optimizing vitamin D levels can be an easy way to significantly improve mental health. As outlined in Mental Health Nursing Issues:20

“Effective detection and treatment of inadequate vitamin D levels in people with depression and other mental disorders can be an easy and cost-effective therapy that could improve patients’ long-term health outcomes as well as their quality of life.”

After testing your vitamin D levels, you can use the vitamin D calculator developed by GrassRootsHealth to determine your ideal dose of vitamin D.

Poor diet associated with depression; A healthy diet fixes this

It has been shown time and time again that what you eat affects mental health, and this is certainly true among teenagers. Researchers at the University of Alabama at Birmingham have investigated the role of two dietary factors in depressive symptoms among adolescents, in this case African-American teenagers who may be at increased risk for both unhealthy diet and depression.

They analyzed the excretion of sodium and potassium in the urine of 84 urban low-income adolescents. Higher levels of sodium in urine can be an indicator of a diet rich in sodium, such as processed fast foods and salty snacks. Low potassium levels, in turn, indicate a lack of fruits, vegetables and other healthy foods rich in potassium.

As might be expected, higher rates of sodium excretion and lower potassium levels were associated with more frequent symptoms of depression after follow-up 1.5 years later.21 Past studies have also confirmed the link between diet and depression among children and teenagers.

When researchers systematically reviewed 12 studies involving children and adolescents, an association was found between unhealthy diet and poorer mental health, as well as between quality nutrition and better mental health.22

Also, researchers at Macquarie University, Australia, studied 76 students between the ages of 17 and 35 who were on a poor diet and had moderate to high levels of depressive symptoms.23 One group of participants was asked to improve their diet by reducing refined carbohydrates, sugars, processed meats and soft drinks, while eating more vegetables, fruits, dairy products, nuts, healthy fats and anti-inflammatory spices such as turmeric and cinnamon.24

After just three weeks of a healthier diet, those in the healthy eating group had significant mood improvements, and their depression scores even went into the normal range. Although teenagers and young adults are not always known for their healthy food choices, this is a key period in which lifelong patterns of healthy eating are established.

Ensuring that young people eat a healthy diet rich in folate and vitamin B12, as well as optimizing their vitamin D levels, can go a long way in boosting mental health and avoiding conditions like depression.

If a child or teen is already struggling with depression, it is equally important to eat the right foods. In addition to limiting the intake of processed foods, fast foods and sweets, including sugary drinks, one should encourage an increase in the consumption of foods rich in omega-3 fats, such as sardines and wild salmon.