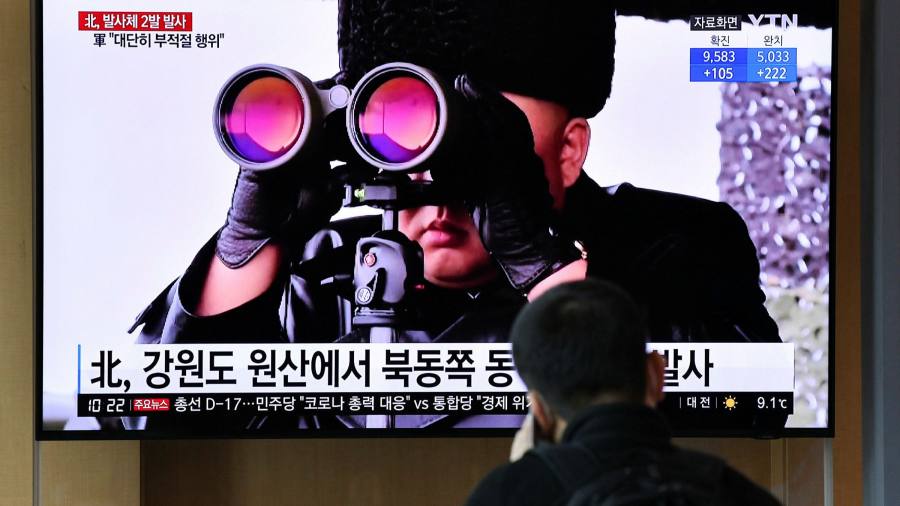 North Korean dictator Kim Jong Un has used the coronavirus pandemic and intensified competition between Beijing and Washington to tighten his regime’s control over the economy and close the once-porous border with China.

Kim, who will mark 10 years in power this month, used the extreme isolation introduced after the virus to expel foreign diplomats and aid workers and tighten social control.

The almost complete isolation of his country was made possible by Beijing’s determination to preserve Kim’s government division of the Korean Peninsula, even when it disapproves of Pyongyang ‘s nuclear and ballistic missile programs.

But analysts say Pyongyang’s dependence on Beijing is deeply embarrassing for North Korean officials, who have long seen China, not the United States, as a major threat to the regime’s long-term survival.

“The usual belief in ideological solidarity between North Korea and China is completely unfounded,” said Andrei Lankov, a North Korean expert at Kookmin University in Seoul.

“Any North Korean counterintelligence officer would tell you that China is their biggest threat to domestic security because of its ability to disrupt from within.”

Analysts say North Korea’s refusal to recognize its debt is still troubled in Beijing. North Korean history covers the past of founder Kim Il Sung as a member of the Communist Party of China, while the regime’s official 70-page report on the 1950-3 Korean War. only three times does he mention Chinese involvement.

After the war, Kim Il Sung cleared out all those closely associated with China, a process that culminated in the departure of all remaining Chinese troops in the late 1950s.

Relations remained strained during the Cold War as North Korea exploited differences between China and the Soviet Union. Beijing, in turn, has offered refuge to high-ranking North Korean defectors as potential leaders of a more lenient regime in Pyongyang.

For Pyongyang, a major betrayal occurred in 1992 when China normalized relations with South Korea without seeking reciprocal U.S. recognition for the North.

“The Chinese threw Pyongyang in an instant,” said John Delury, a professor of Chinese studies at Yonsei University in Seoul.

Since then, North Korea has continued to oppose Beijing with its development of nuclear weapons and its determination to limit Chinese influence within its borders.

The suspension bridge over the Yalu River connecting the Chinese city of Dandong with the North Korean city of Sinui is still off the North Korean road network. It has remained unused since it was completed in 2013 – at the expense of China.

“For North Koreans, opening their economy to Beijing means handing over the keys to the kingdom,” Delury said. He noted that when Pyongyang decided to install a rudimentary mobile phone network, it chose an Egyptian company for it.

In 2013, Kim Jong Un executed his uncle Yang Song Thaek, a leading official thought to have close ties to Chinese officials. This was followed by the spectacular 2017 assassination of Kim’s half-brother, Kim Jong Nama, who lived under Chinese protection.

When Kim tested an intercontinental ballistic missile capable of hitting the U.S. mainland and threatening U.S. retaliation in 2017, China took an unprecedented step and agreed to impose strict UN sanctions in Pyongyang.

Those sanctions remain in place, while Kim’s isolation has accelerated the virtual collapse of the North Korean economy, leaving the regime even more dependent than before on supplies from China.

Analysts say Beijing’s overwhelming desire to keep North Korea as a buffer between itself and tens of thousands of U.S. troops stationed in South Korea meant it would continue to offer Kim salvation – but nothing more.

This goal has intensified over the period since theatrical diplomacy between Kim and then-US President Donald Trump, which sparked fears in Beijing that Kim could make a big deal with Washington and completely reject Chinese protection.

“Competition between the United States and China benefits Kim in terms of the survival of his regime, because the likelihood that Beijing will leave him – as low as it was – no longer exists,” said the Sun from the Stimson Center.

“But China is working at an absolute minimum. The view is that North Koreans will not starve, but they will not be fully fed. ”

There were test signs of a reopening of land trade between the two countries.

Satellite images suggests that North Korea has prepared special sites for disinfecting goods coming across the border by train, while Dandong recently announced successful bids for companies to upgrade customs facilities on the Chinese side of the Sinui Bridge.

“China has three main priorities on the Korean Peninsula: stability, partition and denuclearization,” Lankov said. “But stability and division will always come first.”