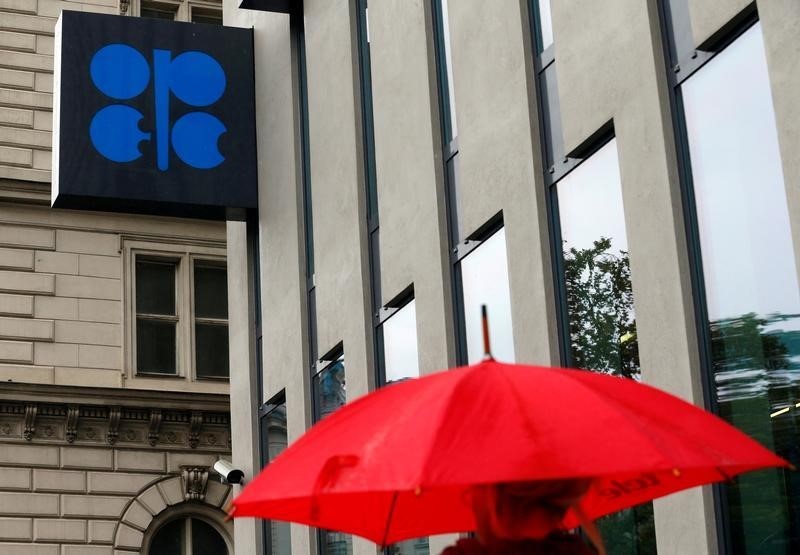 SINGAPORE (Reuters) – Oil prices rose on Tuesday as investors regained their appetite for risk as they waited for US central central bank president’s hints of potential interest rate hikes and as some oil producers continued to fight to increase production.

The weaker U.S. dollar helped support oil prices on Tuesday as it makes oil cheaper for those holding other currencies.

The U.S. Senate committee is holding hearings this week for Federal Reserve President Jerome Powell and Vice Presidential candidate Lael Brainard, which could provide new details on the US Federal Reserve’s plans to tighten monetary policy.

The recent drop in oil prices has sparked concerns about the growing number of COVID-19 cases around the world that could potentially reduce demand for fuel.

“An increasing number of virus cases are a cause for concern as restrictions affect mobility and thus fuel demand,” said Ravindra Rao, head of commodity research at Kotak Securities. “However, despite the sharp rise in cases, none of the large economies is looking at serious blockade measures.”

“The virus situation, supply problems and stock market trends will be key factors that will affect crude oil in the near future,” he added.

Some analysts said weak supply from the Organization of the Petroleum Exporting Countries (OPEC), Russia and allies, collectively called OPEC +, did not keep pace with demand and also supported prices.

“The market could still benefit from reduced supply and supply risk from Russia,” ANZ Research analysts said in a note. Political tensions have risen as Russia gathers troops on Ukraine’s border.

Analysts have pointed to an increase in OPEC supply below the allowable increase under the OPEC + pact, as some countries, including Nigeria, are not producing their agreed quantities.

Libya, which is exempt from OPEC supply restrictions, has been hit by pipeline maintenance works and oil field disruptions. However, production resumed on Monday at the El Feel oil field, where an armed group halted production last month.

The market is awaiting data on U.S. oil and product inventories from the American Petroleum Institute (API), an industry group, due to arrive Tuesday at 9:30 p.m. GMT, followed by data from the U.S. Energy Information Administration on Wednesday.

Six analysts polled by Reuters expect stocks to fall by about 2 million barrels in the week to January 7, marking the seventh consecutive week of declining crude oil inventories.