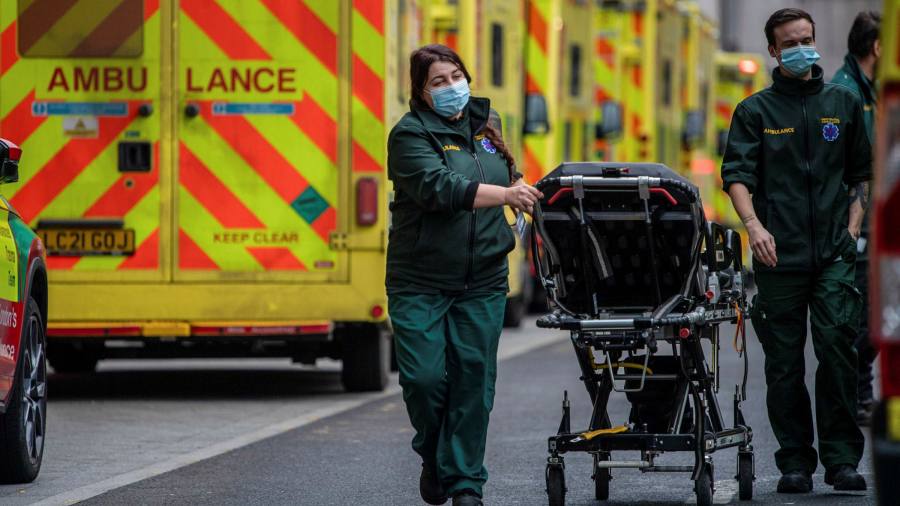 NHS England has signed a three-month contract with 10 private health groups, including Spire, Circle Health Group and Nuffield Health, to provide additional support as it addresses growing staff absences and the spread of the Omicron variant of coronavirus.

The deal – which begins Monday and ends March 31 – aims to ease pressure on hospitals in England by encouraging them to refer patients who need elective NHS surgery or emergency cancer work private facilities. The NHS of England has not disclosed the value of the agreement.

Spire Healthcare he said the NHS would approve “100 per cent of its facilities and teams on a local, regional or national basis in the event of an increase in patients with Covid-19”. However, companies will continue treat private patients and reserve the right to choose which subjects to take over.

The expansion of the Omicron variant put pressure on the English NHS. Last week, 17 hospitals across Manchester announced the cancellation of uncritical surgeries.

Hospitals have been asked to identify areas such as gyms and education centers to create “super surge” wards beyond their usual capacity. The government is also in the process of building additional temporary mini-nightingale facilities in the area of ​​some hospitals as part of a movement to create up to 4,000 extra beds.

The need for emergency capacity follows the halving of NHS beds in the last 30 years. At the start of the pandemic, the UK had only 2.6 beds per 1,000 inhabitants, compared to 6.1 in France and 8.1 in Germany, according to data from the King’s Fund.

Sir David Sloman, Chief Operating Officer and Director of Incidents with Covid at the NHS of England, said the agreement would put “independent healthcare providers on standby to provide further assistance if hospitals face unsustainable levels of hospitalizations or staff absences.

“Just like the Nightingale hubs that are being created across the country, we hope we will never need their support, but it will be there if needed,” he added.

However, the question arises as to how much additional capacity will be provided given that private hospitals rely on NHS doctors to do the job.

David Rowland, from the think tank of the Center for Health and Public Interest, said: “The private hospital sector can provide additional capacity to the NHS only by relying on NHS staff, its medical consultants. It is therefore wrong to suggest that this agreement provides additional capacity to the NHS when this cannot be achieved without NHS staff, many of whom are ill with Omicron. ”

The agreement is the latest in a series of agreements with private hospitals since the start of the pandemic. In March 2020, the government agreed to pay the operating costs of private service providers – including rent, interest payments and staff – for up to one year. Much of the capacity remained unused as medics, who are usually employed by the NHS but perform additional work for the private sector, were redirected to the health service.

The contract price for 2020 has never been officially announced, but it is assumed that the new arrangement will be under similar conditions and will be applied if there is a huge increase in the number of patients with Covid 19.

In 2021, private hospitals signed a separate four-year framework agreement worth £ 10 billion to take over NHS cases to free up long waiting lists. Last year, more hip and knee replacements were delivered to private NHS hospitals than NHS hospitals, for the first time since the 1960s and 1970s, according to an analysis by official data from Candesic, a health adviser, for the Financial Times.