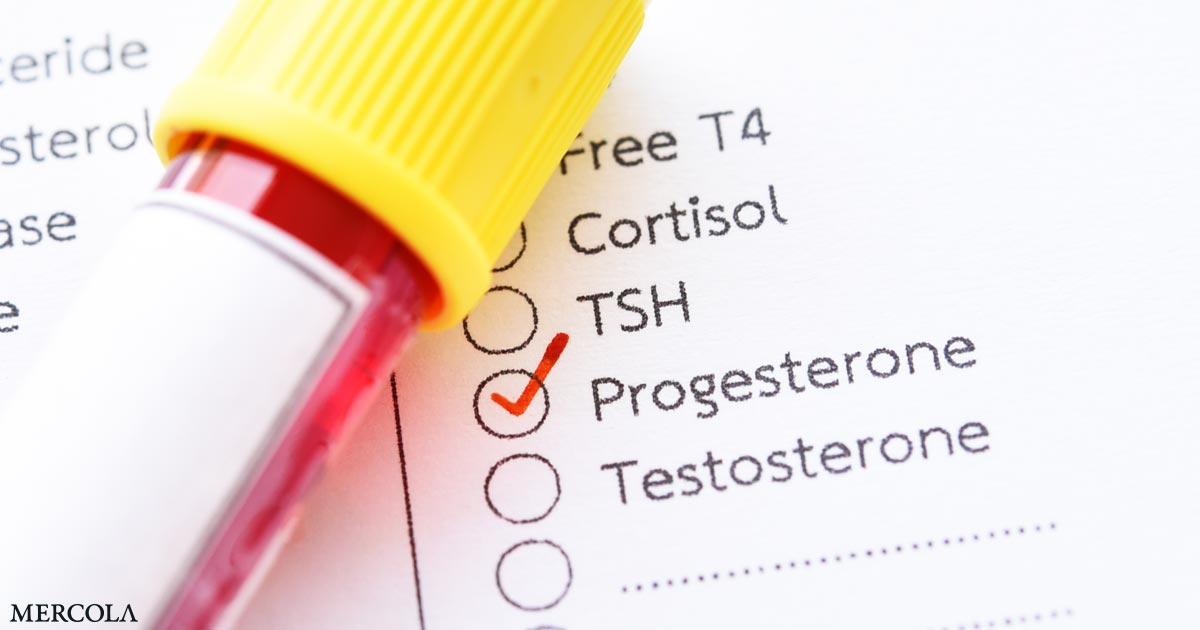 When a woman is pregnant, she truly eats for two. Every food, medicine, supplement and medicine affects her growing baby. Her body also produces different levels of hormones to maintain pregnancy. Every month, a woman’s body goes through a series of hormones that regulate the accumulation of blood in the uterus to support pregnancy, egg maturation, and the withdrawal of hormones that lead to menstruation.1

Progesterone is one of those hormones and one that is often called the “pregnancy hormone”.2 because of the important role it plays, from embryo implantation to childbirth. Once the egg is released from the ovary, the corpus luteum produces progesterone to maintain the early stages of pregnancy.3

The corpus luteum is a group of cells that form immediately after the egg leaves the ovary. Progesterone makes the uterus a healthy environment for the implantation of a fertilized egg and the beginning of growth.4 As the fertilized embryo is implanted, progesterone stimulates further growth of blood vessels and triggers the endometrium to secrete growth-promoting nutrients.

During these early weeks, progesterone is necessary to establish the placenta. As the placenta is established, it takes over progesterone production around 12 weeks. During the remaining two trimesters, progesterone levels continue to rise and play a role in strengthening pelvic wall muscles, preventing lactation, and growing breast tissue.

Scientists have not identified serious medical consequences of producing too much progesterone,5 but progesterone supplementation when you are not pregnant is associated with a low risk of developing breast cancer.6 However, without enough progesterone, women can have irregular and heavy menstruation, and a drop in progesterone levels can lead to miscarriage.

The National Institute of Excellence in Health and Care (NICE) has recommended that women who have bleeding in early pregnancy and who have had at least one miscarriage be offered progesterone supplementation to reduce the risk of losing another pregnancy.7 The guidelines were based on research evidence that showed that women with multiple abortions had better results with the addition of progesterone.8

According to a BBC article,9 1 in 5 pregnant women feel spots in the first 12 weeks of pregnancy. This is mild bleeding that occurs occasionally. If bleeding occurs with pregnancy, it is called a threatened abortion. Today, most women with bleeding are sent home and asked to wait for what will happen.

However, new guidelines from NICE recommend the use of a progesterone pessary in the vagina twice a day to deliver progesterone supplements that support pregnancy.10 One study conducted at Tommy’s National Center for Abortion Research found that individuals who had bleeding and who did not have previous miscarriages did not benefit from progesterone supplementation.

Past research has evaluated the use of progesterone to support pregnancy. One study11 published in 2005 observed randomized controlled trials of women receiving progesterone supplementation before 34 weeks of gestation. The data indicated a reduction in the incidence of preterm birth in high-risk women.

They found that the application can change the function of the pituitary and testicles in male children. The results showed that progesterone had a sex-specific effect in early pregnancy and should be used only “when there is clear evidence of efficacy and as limited as necessary”.14

Progesterone can prevent 8,450 miscarriages each year

The NICE guidelines are based on studies published in 2020, which found that progesterone given to women with bleeding in early pregnancy can prevent 8,450 miscarriages each year. Both studies were published on January 30, 2020. The study was published in the American Journal of Obstetrics and Gynecology15 examined the results of two large clinical trials conducted by Tommy’s National Center for Abortion Research and the University of Birmingham.

Clinical trials were the trial of progesterone in repeated abortions (PROMISE)16 and progesterone in spontaneous abortion testing (PRISM).17,18 The PROMISE study studied 836 women in 45 hospitals in the Netherlands and the United Kingdom19 The data found that people with recurrent miscarriages had a 2.5% higher live birth rate when taking progesterone.20

In the PRISM trial,21 4,153 women from 48 hospitals in the UK received progesterone with early pregnancy bleeding. The data revealed that there was a 5% increase in live births compared to those receiving placebo. In women with three or more miscarriages, the data showed a 15% increase in the number of babies born to those receiving progesterone.22

Another study on which the NICE guidelines were based was published in BJOG: An International Journal of Obstetrics & Gynecology.23 This paper looked at the economics of the PRISM trial and concluded that the average cost of treatment was £ 204 ($ 272.19) per pregnancy. They concluded that:24

“The results suggest that progesterone is associated with a small positive effect and low additional costs. Given the available evidence, progesterone is likely to be a cost-effective intervention, especially for women with previous miscarriages. ”

Women who are not pregnant may have symptoms of low progesterone that include irregular menstrual cycles, vaginal dryness, mood swings, headaches or migraines. Progesterone helps replenish estrogen during a normal menstrual cycle.25 Without the effect of progesterone, estrogen may increase the risk of weight gain, breast tenderness, fibroids, and gallbladder problems.

Not all forms and types of progesterone are produced equally. Doctors prescribe progesterone to regulate the menstrual cycle, treat hyperplastic precursor lesions in the endometrium, and as a contraceptive.26 Synthetic progesterone27 may be associated with birth defects, so it is important to be sure to use a natural source and always consult your doctor when using progesterone, whether you are pregnant or not.

Progesterone can come as a vaginal gel, suppository, insert, oral capsule or injection.28 Vaginal gels are used once a day and are the only FDA-approved product for assisted reproduction, such as in vitro fertilization. So far, over 40 million doses have been prescribed in the last decade.

Vaginal suppositories are wax-based and are inserted two to three times a day. However, leaks can be messy and although widely used, they are not approved by the FDA. Vaginal implants are approved for supplementation, but not for progesterone replacement.

Although not formulated or approved by the FDA for vaginal use, oral progesterone capsules have been used vaginally, up to three times a day, as they have fewer side effects when used vaginally than when taken orally.

Finally, progesterone can be given as an oil-based injection. It is the oldest method of childbirth and is injected into the buttocks once a day. Because it is oil-based, injections can be painful and skin reactions are common.

Women who use progesterone supplementation in early pregnancy may have some side effects. These side effects should be reported to your healthcare professional as soon as possible.29,30,31

Additional challenges if you are pregnant during a pandemic

Women who become pregnant during a pandemic have several additional challenges to stay healthy and protect their child’s health. Pregnancy places greater demands on lung function. Therefore, women with underlying health conditions such as heart disease, diabetes, high blood pressure or lung problems may be at higher risk of infection and severe illness.

It is important to tell your doctor about any changes, such as reduced fetal movement or if you believe you have signs of preterm birth. Researchers believe that up to 80% of those with COVID-19 will have mild symptoms or be asymptomatic.32 This is similar to studies conducted with influenza in England, which showed that most of them were asymptomatic.33

This means you need to take care of even individuals who look healthy. An important step in prevention is excellent hand washing for at least 20 seconds and avoiding touching the face.

You also need to be aware that taking supplements or medications during pregnancy can affect your growing child’s growth that is not always well understood or documented. Even generally accepted over-the-counter medications and supplements can have long-term consequences.

For example, there is evidence to suggest that acetaminophen, commonly sold as Tylenol, may double the risk of autism.34 and increase the risk of attention deficit disorder in children.35

Maintaining healthy vitamin D levels during pregnancy is also crucial. In one Cochrane systematic review,36 the authors found evidence that vitamin D may reduce the risk of preeclampsia, low birth weight and preterm birth. It also has a functional role in reducing the risk of upper respiratory tract infections,37 which includes influenza and COVID-19.

Vitamin C plays an important role in the treatment of COVID-19, but large doses should not be used preventively. To protect your health, look for foods rich in vitamin C,38 such as peppers, kiwis, strawberries, broccoli, tomatoes and snow peas.