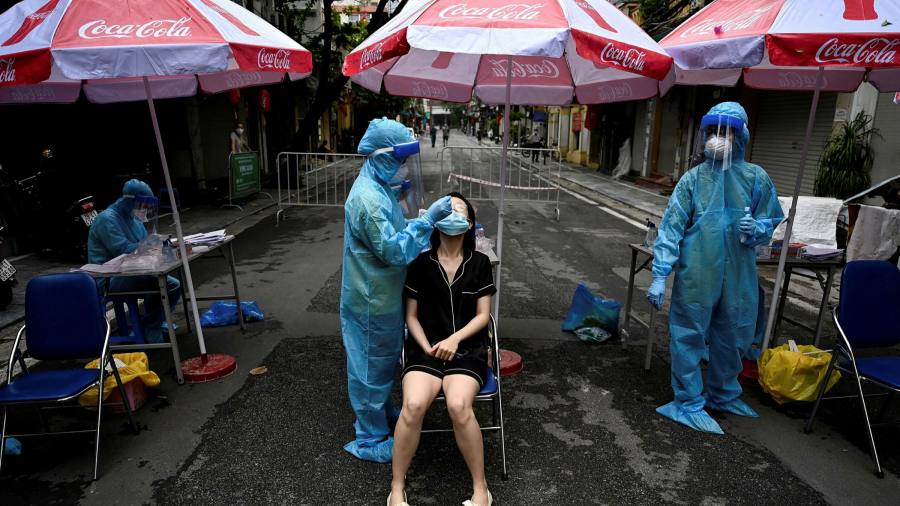 The number of Covid-19 cases in the U.S. since the start of the pandemic has surpassed 50 million, according to Johns Hopkins University on Monday, ahead of the first anniversary of the introduction of vaccinations in the country.

The milestone of the infection is compared to that of the country’s largest public health agency, the Centers for Disease Control and Prevention, which confirmed nearly 49.75 million cases until the last update on Sunday afternoon, more than any other country.

The growing winter wave of Covid-19 infections has pushed the average daily case rate in the U.S. over the past week to nearly 120,000, the highest level since late September. That should move the total number of CDCs for the entire pandemic above 50 million when new figures are released later Monday.

The U.S. has reached its final milestone in terms of infection almost a year since the national introduction of the vaccine began. The first dose was administered to an intensive care nurse in New York City on December 14, 2020.

More than 484 million doses of the vaccine have been administered in the United States over the past year. Nearly 202 million Americans, or 60.8 percent of the total population, were fully vaccinated, and 26.6 percent of that group also received supplementary vaccines.

More than 1.6 million doses of the vaccine have been administered each day over the past week, the highest level since late May. Top U.S. health officials have urged residents to get vaccinated for the colder months and the holiday season, which often includes indoor gatherings and travel.

Concerns about the new Omicron coronavirus variant and the weakening of the protective effect of vaccines received earlier in the year may also have contributed to increased demand for doses.

The number of Covid-19-related deaths in the U.S. since the onset of the pandemic is 797,916, according to Johns Hopkins University, or 793,937, according to CDC data.