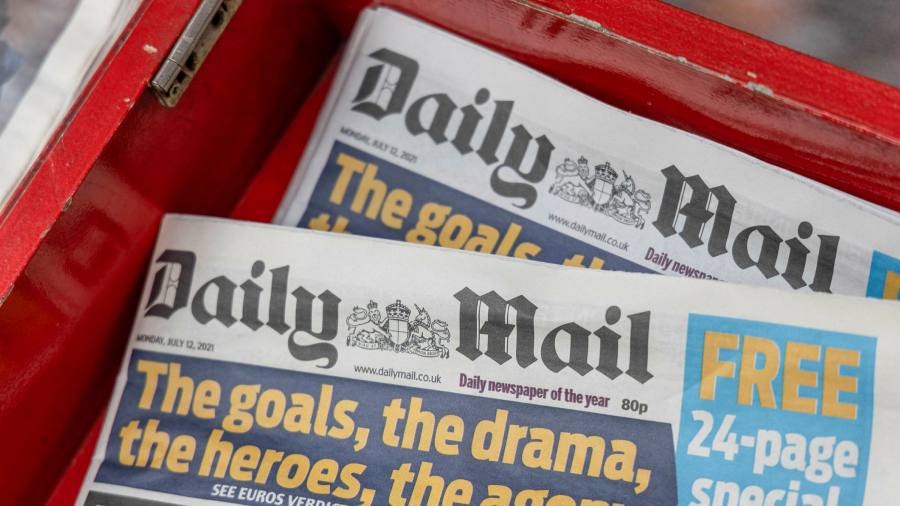 Lord Rothermere succeeded in his attempt to remove the publisher of the Daily Mail from the stock market after the great-grandson of the newspaper’s founder received sufficient shareholder support for his takeover bid despite opposition from some prominent investors.

The Daily Mail and the General Trust said 63 percent of shareholders on Wednesday at 5pm supported an offer made through Jonathan Harmsworth’s family investment vehicle, Viscount Rothermere.

About half of the votes came from the family. Harmsworth had to cross the 50 percent threshold by Thursday at 1 p.m. to break the deal.

He took the company into private ownership at the time of the turnaround in the Daily Mail and Mail on Sunday newspapers and the MailOnline website, its most famous assets.

Among a series of changes in management in recent weeks, Geordie Greig has been fired as editor of the daily newspaper, and his predecessor Paul Dacre has been appointed editor-in-chief of the wider group’s consumer publications portfolio.

The takeover bid, which followed an extensive restructuring of DMGT that left it focused on consumer media, was also contentious.

In addition to complaining that the bid price was too low, some investors were critical of the process that allowed Rothermeres, DMGT’s controlling shareholders, to buy all the shares they no longer have. One institutional investor, Majedie, called on independent directors to release information that led them to recommend the offer.

Investors who were unwilling to sell would be offered illiquid shares in a private company, which was an unattractive prospect for many institutional fund managers. Even if they were willing to accept that outcome, the result of the vote means the Rothermeres will acquire all the shares.

The positive result for Rothermeres comes after the family increased their offer by £ 35 million this month in a bid to secure shareholder support, raising it to 270 pence per share. Excluding dividends, the offer gave DMGT, whose publications also include Metro ii, a company value of £ 885 million at the time it was made.

Shareholders will be in line for a special dividend, consisting of a 568 p share in cash and an equity stake in Cazoo, a recently listed online car dealer.