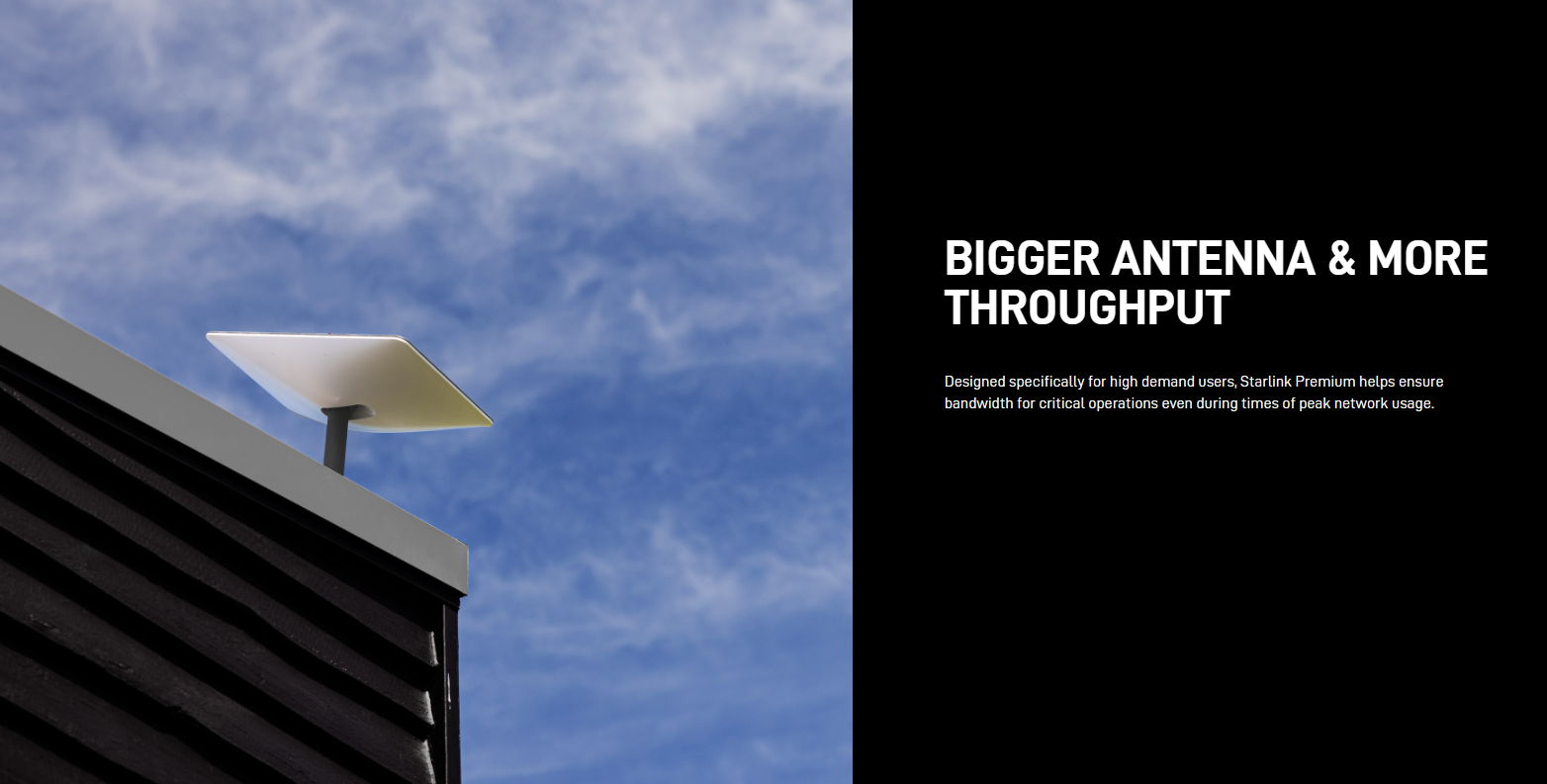 SpaceX has revealed a new tier for its Starlink satellite internet service with higher performance but pricing that might make your eyes water, The Verge has reported. Called Starlink Premium, it offers speeds between 150 and 500Mbps with 20 to 40 milliseconds of latency, up from 50 to 250Mbps with the same latency. Upload speeds are also up, from 10 to 20Mbps on the standard plan to 20 to 40Mbps on Premium.

For a performance boost of roughly double, you’ll pay five times more, however. Starlink Premium will cost $ 500 a month compared to $ 99 per month for the standard plan. You’ll also pay $ 2,500 for the antenna and other hardware, compared to $ 499 for the base plan, and will need to leave a $ 500 deposit to reserve the Premium dish.

SpaceX said the new service will work better in “extreme weather conditions” and customers will receive priority 24/7 support. It’s likely to be the only high-speed internet option available in many remote places, where the extra weatherproofing could come in handy.

SpaceX announced that Starlink would come out of beta last October, and recently unveiled a new rectangular satellite dish that’s much smaller and thinner than the original round one. The new Premium antenna is apparently larger than that and it supposedly “helps ensure bandwidth for critical operations even during times of peak network usage,” SpaceX said.

Starlink has launched over 2,000 satellites as of mid-January, with around 1,500 in operational orbit. The current system is authorized for up to 4,408 satellites, around triple the current number. If you’re interested in the Premium tier, orders are now open with deliveries set to start in Q2 2022.