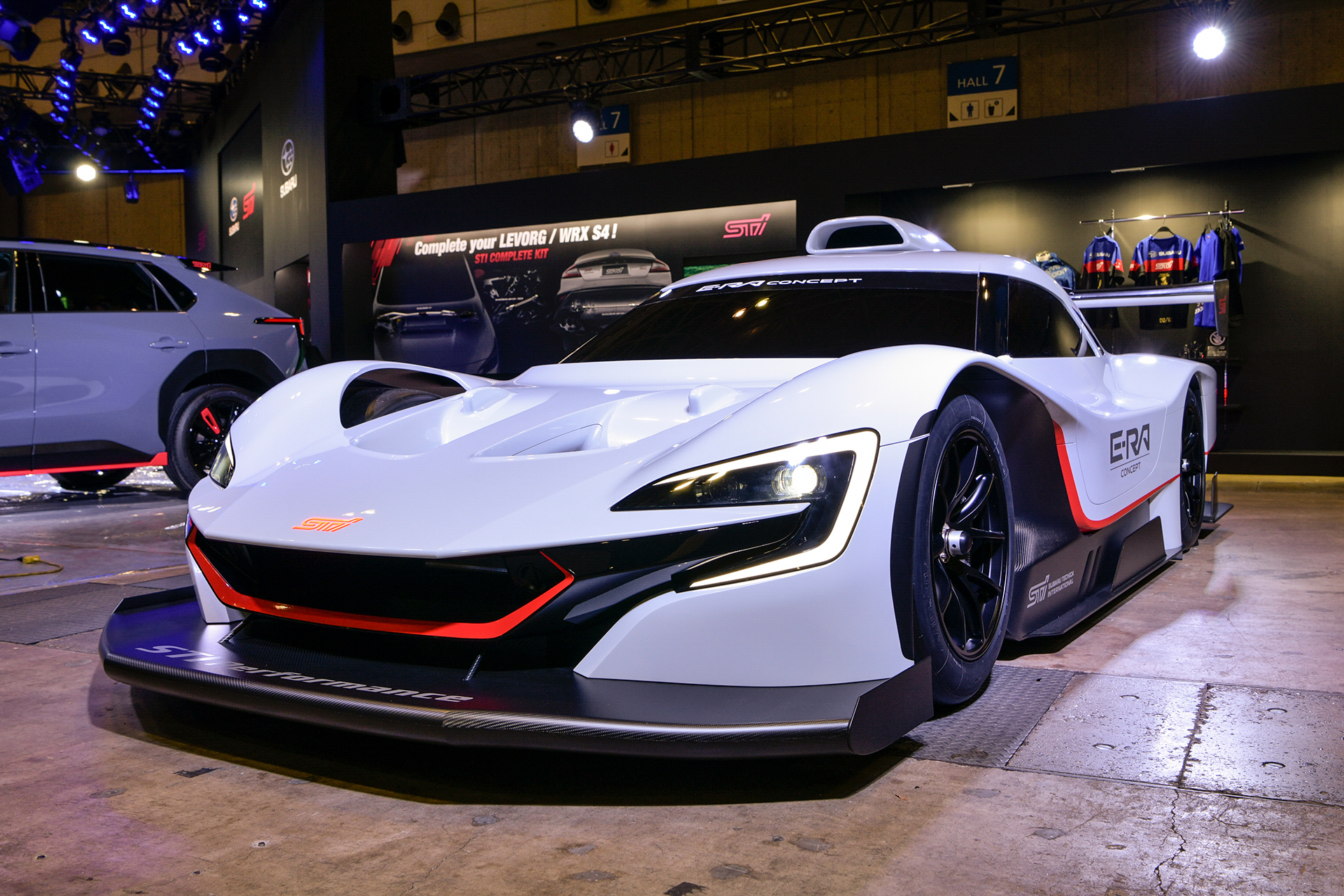 Subaru is still new in EVs, but that doesn’t stop him from discovering more ambitious projects. Electrek reports the car manufacturer has introduced two concept EVs at the Tokyo Auto Show, including its first all-electric race car. The STI E-RA Concept hints at Subaru’s upcoming 1,073 hp tracked vehicle with total power from its four Yamaha engines, extensive thrust and all-wheel drive coupled with a “unique” torque vectoring system that maximizes traction and stability.

Although the 60 kWh battery is relatively small, Subaru is confident that the E-RA can thrive on the track. He hopes to set the Nürburgring lap time of 6 minutes and 40 seconds at some point in 2023. It’s not as fast as VW’s ID.R. (6 minutes 5 seconds), but it’s comfortable in front of road cars like Tesla’s Model S Plaid (7 minutes 35 seconds). The company plans to test the E-RA on Japanese racetracks later in 2022.

The brand also introduced the Solterra STI concept (in the middle) which, as the name suggests, is a sportier version of the upcoming crossover. Subaru hasn’t discussed changes under the bodywork, but the upgraded Solterra has a roof spoiler, skirt spoilers and other adjustments that signal its performance ambitions.

As much as the E-RA represents Subaru’s motorsport plans, it also serves as a statement of intent. Like VW’s racer, it shows that the company is serious about electric vehicles and can produce high-performance cars alongside ordinary tractors. The challenge is to translate lessons learned from such concepts into ordinary vehicles. Subaru is lagging behind with electric vehicles compared to even existing manufacturers like VW, Mercedes and GM, and may have to move quickly if it wants to counter the efforts of its competitors in terms of electrification.