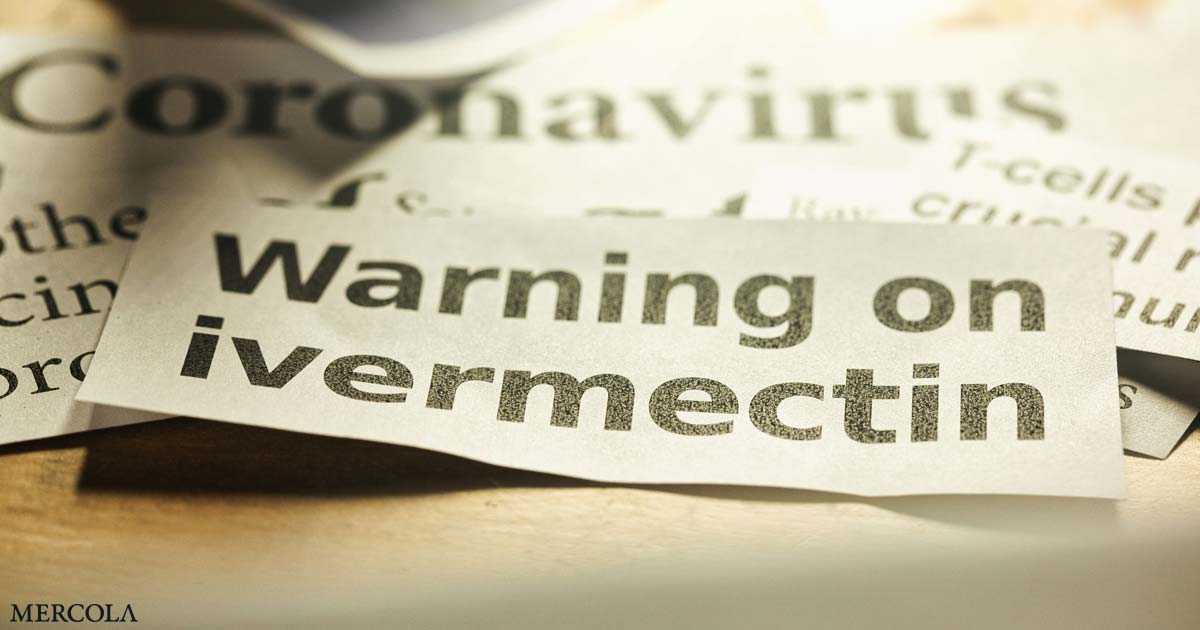 In mid-February 2021, Dr. Andrew Hill at Liverpool University published a scientific meta-analysis of six randomized controlled trials involving the use of ivermectin in 1,255 COVID-19 patients. (The paper was initially posted on a preprint server.)

The review, which was funded by the World Health Organization and UNITAID, found that ivermectin increased viral clearance and reduced COVID-19 deaths by 75%. This is rather massive benefit, yet the conclusion of the paper was dismissive, saying additional large clinical trials were needed to make a determination about whether or not to recommend its use.

In early April 2021, Hill and his co-authors were accused of scientific misconduct by a French civic group called the BonSens Association. The TrialSite News video report from April 5 above reviews the details of this story. BonSens – labeled by some “controversial group” based on its anti-mask mandate stance – accused Hill of data manipulation to downplay the usefulness of ivermectin.

According to BonSens, Hill’s analysis was then used by the WHO to recommend against ivermectin, even though it appears to have significant benefits. BonSens called on Hill to retract the paper, but Hill remained “resolute and stands behind the study,” TrialSite News said.

At the time, TrialSite News claimed to have been in conversation with “relevant and associated parties,” some of whom have asked to remain anonymous, who say Hill’s study was in fact modified, but that this was done “separate and apart from the investigator , ”And that Hill had no say in the matter.

However, since then, one of the six Hill studies included in his analysis has been withdrawn “due to fraudulent data.” In a public notice1 dated August 9, 2021, Hill and his coauthors addressed the matter, saying they would submit “a revised version excluding this study, and the currently posted paper will be retracted.” A revised and updated meta-analysis was published in November 2021.2

The updated review includes data from 23 randomized clinical trials with a total of 3,349 patients. Studies with “high risk of bias” were excluded. In this analysis, Hill found that “Ivermectin did not show a statistically significant effect on survival or hospitalizations,” and had only “borderline significant effect on the duration of hospitalization in comparison with standard of care.”

No significant effect on clinical recovery time was detected. In conclusion, the paper states that the WHO “recommends the use of ivermectin only within clinical trials.” Curiously, it also states that “a network of large clinical trials is in progress to validate the results seen to date.” What results might those be? Surely, they must be referring to positive results, or else a network of clinical trials would hardly be justified.

December 3, 2021, TrialSite News interviewed Dr. Tess Laurie (above) about her own ivermectin analyzes and that of Hill. She points out that she was concerned when she saw the initial meta-analysis Hill published, as the conclusion did not match the data. The reduction in death was significant, yet the conclusion was dismissive.

Laurie contacted Hill, asking him to explain his conclusion to her. He then told her that the conclusion of the paper was not his own. It had been written by his sponsor – the WHO. Laurie was shocked, she said, as this struck her as a clear conflict of interest.

In the interview, Laurie also discusses the general difficulty researchers have had, since the beginning, in getting papers published that support ivermectin. She admits her own team has downplayed the benefits by using extremely conservative analyzes in an effort to get published.

“It seems, if you tell it like it is, you are not going to get published because you might be accused of overstating your case. And if you understand it, you’re told there’s not enough evidence, “ Laurie says.

A five-day course of ivermectin at a dose of 12 mg per day sped up viral clearance, reducing the duration of symptomatic illness by three days compared to placebo (9.7 days versus 12.7 days).

A meta-analysis4 by Laurie and her team published in the July-August 2021 issue of the American Journal of Therapeutics, which included 24 randomized controlled trials with a total of 3,406 participants, reported reductions in death ranging between 79% and 91%.

A study published February 2021 also reported that a five-day course of ivermectin at a dose of 12 mg per day sped up viral clearance, reducing the duration of symptomatic illness by three days compared to placebo (9.7 days versus 12.7 days).5

According to Laurie, what makes ivermectin particularly useful in COVID-19 is that it works both in the initial viral phase of the disease, when antivirals are required, and in the later inflammatory stage, when the viral load drops off and anti-inflammatories become necessary.

Dr. Surya Kant, a medical doctor in India who has written a white paper6 on ivermectin, claims the drug reduces replication of the SARS-CoV-2 virus by several thousand times.7 Kant’s paper led several Indian provinces to start using ivermectin, both as a prophylactic and as a treatment for COVID-19 in the summer of 2020.8

Africa and Japan Defy the Odds With Ivermectin

Japan and Africa have also defied the odds with ivermectin. As reported by NewsRescue at the end of August 2021, “Melinda Gates, co-chair of the Bill and Melinda Gates foundation predicted disaster in the developing world, but so far she has been dead wrong, at least as far as Africa is concerned. ”9

Indeed, despite having nearly 1.4 billion people, Africa has maintained one of the lowest COVID caseloads and death rates in the world, accounting for just 4% of the global reported death rate as of mid-May 2021.10 While media feign confusion, ivermectin may well be the explanation for this phenomenon.

A study11 published at the end of December 2020 found that African countries that participated in the African Program for Onchocerciasis Control (APOC), where intensive ivermectin mass campaigns were carried out between 1995 and 2015, had 28% lower COVID-19 mortality and 8% lower infection rates than non-APOC countries that did not participate in the ivermectin campaign.

“That a mass public health prevention campaign against COVID-19 may have taken place, inadvertently, in some African countries with a massive community ivermectin use is an attractive hypothesis,” the authors said.12

“The head of the Tokyo Medical Association appeared on national television in September urging doctors to use Ivermectin and they listened. A little over a month later, COVID-19 is under control in Japan …

Japan had slavishly adhered to all the Big Pharma prescriptions, including quarantine, contact tracing, masking, social distance, but finally the pandemic had hit them hard after they started aggressive vaccination in May 2021.

The results looked good initially, but in mid-July they started rising again and on August 6 cases hit a new all-time high and continued to rise.

Ivermectin was allowed as a treatment on August 13 and after 2 weeks the cases started to come down. In fact, they are now down 99% from the peak … In Japan, doctors can now prescribe it without restrictions, and people can buy it legally from India. ”

Doctors Urge Acceptance of Ivermectin to Save Lives

In the US, the COVID-19 Critical Care Alliance Frontline (FLCCC) has been calling for widespread adoption of ivermectin, both as a prophylactic and for the treatment of all phases of COVID-19.14,15

FLCCC president Dr. Pierre Kory, former professor of medicine at St. Luke’s Aurora Medical Center in Milwaukee, Wisconsin, has testified to the benefits of ivermectin before a number of COVID-19 panels, including the Senate Committee on Homeland Security and Governmental Affairs in December 2020,16 and the National Institutes of Health COVID-19 Treatment Guidelines Panel January 6, 2021.17 As noted by the FLCCC:18

“The data show the ability of the drug Ivermectin to prevent COVID-19, to keep those with early symptoms from progressing to the hyper-inflammatory phase of the disease, and even to help critically ill patients recover.

Dr. Kory testified that Ivermectin is effectively a ‘miracle drug’ against COVID-19 and called upon the government’s medical authorities… to urgently review the latest data and then issue guidelines for physicians, nurse-practitioners, and physician assistants to prescribe Ivermectin for COVID-1919 …

… Numerous clinical studies – including peer-reviewed randomized controlled trials – have shown large magnitude benefits of Ivermectin in prophylaxis, early treatment and also in late-stage disease. Taken together… dozens of clinical trials that have now emerged from around the world are substantial enough to reliably assess clinical efficacy. ”20

A one-page summary21 of the clinical trial evidence for Ivermectin can be downloaded from the FLCCC website. A more comprehensive, 31-page review22 of trials data has been published in the journal Frontiers of Pharmacology.

At the time of this writing, the number of trials involving ivermectin has risen to 71, including 31 randomized controlled trials. A listing of all the ivermectin trials done to date, with links to the published studies, can be found on c19Ivermectin.com.23

The FLCCC’s COVID-19 protocol was initially dubbed MATH + (an acronym based on the key components of the treatment), but after several tweaks and updates, the prophylaxis and early outpatient treatment protocol is now known as I-MASK +24 while the hospital treatment has been renamed I-MATH +,25 due to the addition of ivermectin.

Take Control of Your Health Care

If COVID-19 were an actual medical crisis and not an excuse for a tyrannical power grab, doctors would have been allowed, indeed encouraged, to work together to find solutions. Their successes would then have been announced everywhere. Without a doubt, ivermectin would have featured heavily in such reports, as doctors around the world have attested to its benefits.

That’s not what happened, though, which tells us we’re not dealing with a medical crisis that governments actually want to solve. As reported by the FLCCC, its members have “been blocked in attempts to disseminate scientific information about ivermectin on Facebook and other social media with the FLCCC’s pages repeatedly being shut down.”28

Seasoned researchers like Laurie can’t get their research published, and the main thing they have in common is that they’re reporting positive results using ivermectin (and other common remedies). For nearly two years now, doctors and scientists have repeatedly shown we can control the COVID endemic, even with new variants. We can save the vast majority from severe illness and death.

Yet “authorities” within government, regulatory agencies and health agencies have refused to listen and insist there is only one way forward – we need novel gene transfer injections that direct our cells to churn out the very toxin that makes COVID-19 so problematic. And when those shots are proven failures, the answer, these same “leaders” say, is more boosters!

Insanity is doing the same thing over and over, expecting different results. The good news is you can choose who you listen to. You can listen to frontline medical experts, like the FLCCC, and follow their advice.