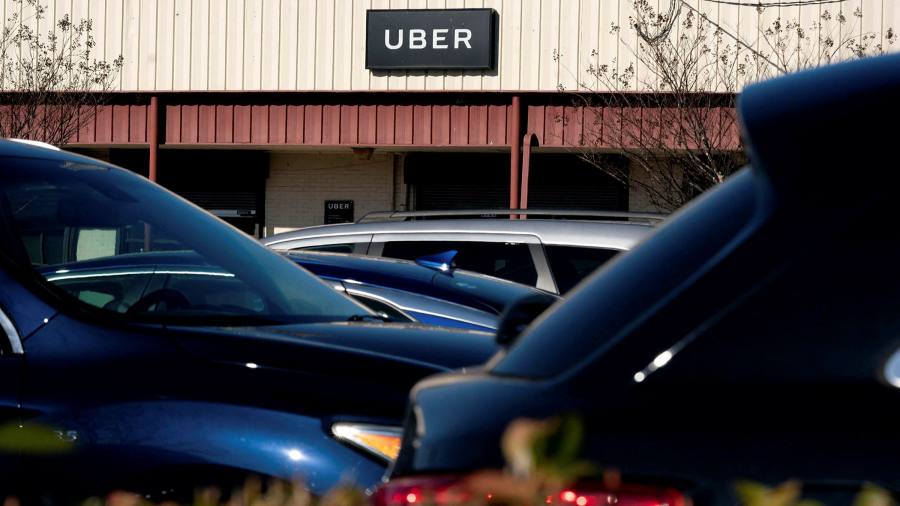 Uber posted strong earnings on Wednesday as its longstanding pitch to investors that demand for its delivery services would grow even as rideshare use started to return to pre-pandemic levels appeared to be taking shape.

Shares of the company jumped by 8 per cent in after-hours trading after beating analysts’ expectations on most metrics for the October-December period.

Rideshare demand, which was briefly knocked by the surge in the Omicron coronavirus variant, improved 67 per cent year on year, based on gross bookings, and is now just 16 per cent off pre-pandemic levels, according to the figures.

The delivery segment reached “profitability” for the first time when using Uber’s preferred adjusted measure, which strips out several costs including interest, taxes, depreciation and amortization.

Delivery had quarterly adjusted ebitda earnings of $ 25mn, compared to a $ 145mn loss in the same period last year.

The boost to Uber’s share price came despite guidance for the current quarter coming in slightly below Wall Street’s expectations.

But investors were encouraged by news that monthly active users across Uber’s services reached 118mn, up 27 per cent year on year and its highest ever. That was in contrast to Lyft, its biggest US rival, which reported a small quarter-on-quarter drop in active users in earnings published on Tuesday.

“Uber has basically exceeded where they were in 2019 in terms of monthly active consumers, that’s a big deal,” said Youssef Squali, an analyst with Truist.

“Some had argued delivery was going to suffer [with reopening]. But at least so far, delivery has continued to perform at the very high end of expectations. ”

Unlike during the first pandemic wave, which saw large numbers of drivers stop working for Uber, Khosrowshahi said Omicron had not significantly affected its supply of workers, with nearly 350,000 drivers joining the platform in the fourth quarter. This brought its global active driver count to 4.4mn – the highest level since early 2020.

“Our results demonstrate just how far we’ve come since the beginning of the pandemic,” Khosrowshahi said.

“While the Omicron variant began to impact our business in late December, Mobility [the rideshare business] is already starting to bounce back, with gross bookings up 25 per cent month-on-month in the most recent week. ”

The effect of Omicron led to revenue for the rideshare division falling slightly behind what Wall Street had anticipated – $ 2.28bn versus $ 2.43bn. There were 1.77bn trips made during the quarter, when analysts had been hoping for 1.91bn.

Total revenue of $ 5.8bn was an increase of 83 per cent year on year, topping analysts’ expectations of $ 5.35bn, according to FactSet.

The top-line figure was helped by the company’s Freight unit posting revenues of $ 1.1bn, its first quarter above $ 1bn, aided by the recent $ 2.25bn acquisition of shipping technology company Transplace.

“It’s never been clearer that our supply chains are in dire need of technical innovation,” Khosrowshahi said. “And along with Transplace, Uber Freight, now at a billion dollar quarterly run rate, is well positioned to bring digital native change to the enormous logistics ecosystem.”

Uber’s large interests in other companies again provided severe volatility to its bottom line. Uber’s fourth-quarter net income of $ 892mn benefited from a $ 1.4bn pre-tax windfall from its investments in autonomous vehicle company Aurora and the south-east Asian app Grab. In the previous quarter, Uber posted a net loss of $ 2.4bn, largely due to a revaluation of its stake in China’s Didi.