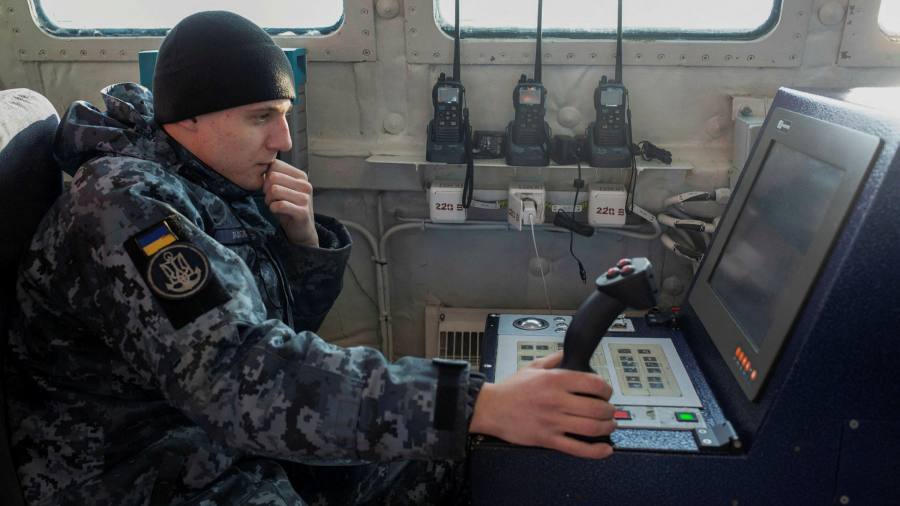 Ukraine said it was the target of a “massive cyber attack” after several government websites ceased to function on Friday.

“Ukrainians! All your personal data has been posted on the public network “, reads the message temporarily published on the website of the Ministry of Foreign Affairs. “All data on your computer is deleted and cannot be recovered. All information about you has become public, be afraid and expect the worst. ”

An incident follows tense negotiations this week between the US, NATO and Western allies and Moscow, the goal is to dissuade Russian President Vladimir Putin from opting for a deeper invasion of Ukraine.

Ukrainian officials recently warned that cyber attacks and other efforts to destabilize the country would likely be an introduction to further aggression.

Authorities have not blamed Russia or any other potential culprits for Friday’s attack on government websites and other services.

“As a result of the massive cyber attack, the websites of the Ministry of Foreign Affairs and a number of other government agencies are temporarily inactive,” the Ukrainian Foreign Ministry said. “Our experts are already working to restore the IT system, and cyber police have opened an investigation.”

The message left by the hackers, published in Ukrainian, Russian and Polish, adds: “This is for your past, present and future. For Volyn, for OUN UPA [Organization of Ukrainian Nationalists/Ukrainian Insurgent Army], for Haličina, for the Police and for historical countries. ”

Comments at the end of the message referred to Ukrainian rebel fighters during World War II and seemed to be punishing Ukraine for ethnic conflicts and atrocities. Poland and Ukraine accuse each other of committing crimes during a period in the region around which countries have competed for centuries.

The hacker’s announcement also included mutilated images of Ukraine’s national symbols, with a line across the flag, coat of arms and country map.

It is not immediately clear whether the hackers were Poles or whether this was an attempt to incite divisions between Ukraine and Poland, one of Kiev’s the strongest European allies before the Russian aggression.

The EU’s political and security committee and cyber units will meet to see how to help Kiev, said Josep Borrell, Brussels’ chief diplomat.

“We will mobilize all our resources to help Ukraine tackle this cyber attack. “Unfortunately, we knew it could happen,” Borrell was quoted as saying by Reuters at a meeting of EU foreign ministers in Brest, western France. “It’s hard to say [who is behind it]. I can’t blame anyone because I have no evidence, but we can imagine. “

Ukraine’s State Security Service SBU said in a statement that “provocative messages were published on the main page of these pages.”

“The content of the pages has not changed, and the leak of personal data, according to preliminary information, has not occurred,” the SBU added.

Oleksiy Danylov, head of Ukrainian national security, late last year he told the Financial Times that Ukraine is facing “continuous” Russian cyber attacks and other attempts to destabilize the country since Moscow annexed Crimea in 2014 and orchestrated a proxy separatist war in its eastern regions.