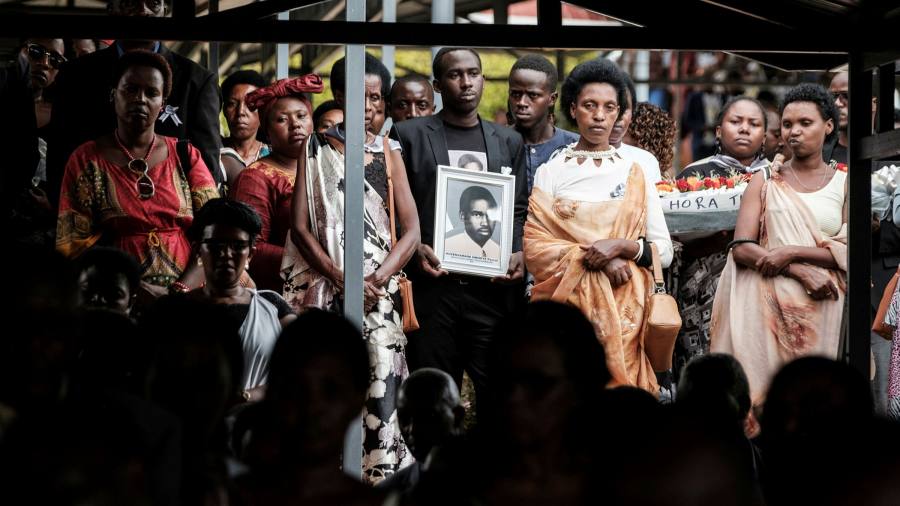 South Africa is hampering the hunt for the last fugitive leaders of the Rwandan genocide as the clock goes on to bring Africa’s most wanted men to justice, decades after the killings, said the United Nations prosecutor who led the search.

President Cyril Ramaphosa’s government is causing “very frustrating and disappointing” delays in finding genocide suspects who may have taken refuge in South Africa in recent years, Serge Brammertz, head of an international body investigating the 1994 genocide and wars in the former Yugoslavia, said is for the Financial Times.

The hunt for fugitives for genocide in Rwanda was sparked last year by the French capture of Félicien Kabuga, the alleged financier of the killings, after a decade of flight.

But South Africa has not yet established a police team to coordinate with international prosecutors to find the suspects, despite high-level promises recently, Brammertz said.

Brammertz, who runs the legacy “mechanism” for handling international genocide cases, told the UN Security Council this week that the lack of South African aid was “among the most serious cases of non-cooperation my office has faced.”

In particular, it took South Africa years to track down Fulgence Kayishema, a genocide suspect believed to have had refuge in the country in the past, Brammertz said.

The country’s failures were “even more serious in light of the rapidly growing number of traces associated with South Africa regarding more refugees” outside Kayishema, his office added in a report this week. The South African Foreign Ministry did not respond to a request for comment. Relations between South Africa and Rwanda have been strained by the murder of a former head of Rwandan intelligence in Johannesburg 2014

Sharp criticism highlights that decades after the killings, the completion of the latest international genocide criminal proceedings in Rwanda will depend on local law enforcement in African countries where many remaining fugitives are believed to be still at large.

In total, more than 800,000 ethnic Tutsis and moderate Hutus were killed in 1994 in 100 days soaked in blood. But when the Tutsi rebel army regained control of the capital in July, many of the top Hutu ethnic officials involved in the massacres fled, initially to neighboring Congo or via Uganda to Kenya, before dispersing further.

Kayishema, a former judicial police inspector, took part in the 1994 massacre of refugees at the church, international prosecutors say. Hand grenades were thrown at the church before police knocked it down and killed more than 1,500 people. “There is no interest in South Africa helping an individual of this nature to escape the country,” Brammertz said.

In contrast, he said there were “positive signs” that Zimbabwe, South Africa’s neighbor, was stepping up efforts to arrest the mechanism’s most wanted fugitive, Protais Mpiranya, a former commander of Rwanda’s presidential guard.

Mpiranya, who was second on the wanted list until Kabuga’s arrest, is believed to have used military ties to Zimbabwe to hide there. “I think there is no doubt that he was there in the early 2000s. . . and there’s still a good chance it’s still there, ”Brammertz said.

While “we would certainly like to see more action on the ground,” the state of Zimbabwe has been more engaged in joint investigations with international prosecutors than before, he added.

Local co-operation is needed to find informants and break into refugee support networks, Brammertz said. “This can only work if we have direct access to operational services,” such as police and immigration, he said.

With Kabuga now on his way to The Hague, Mpiranya would be the last international trial for genocide in Rwanda. Brammertz’s tribunal is also prosecuting five other Rwandan fugitives, including Kayishema, but they will be tried in Rwanda if caught.

As the Brammertz-led mechanism nears the end of its work, national prosecutors in Rwanda and the countries of the former Yugoslavia are drawing on its resources to run their own cases, an important but complex move in the hunt for genocide fugitives.

While the international mechanism is prosecuting the last six fugitives, the Rwandan national prosecutor has about 1,300 cases. It is believed that more than half of these suspects are still on the African continent.