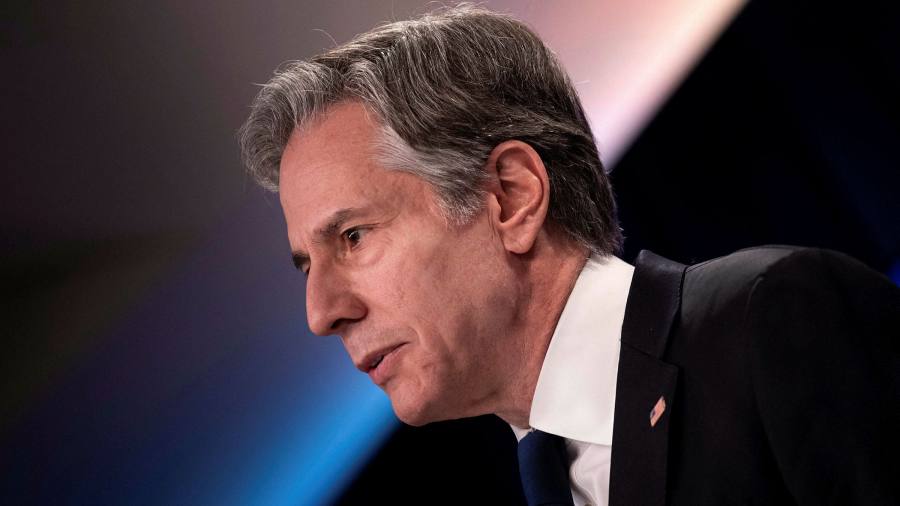 The United States and NATO have told Moscow they are committed to keeping the transatlantic alliance open to new members, rejecting Russia’s central security request in written responses that could determine the outcome of the Ukrainian crisis.

The move was announced on Wednesday by US Secretary of State Antony Blinken, after weeks of tense talks with Russia aimed at calming the stalemate and removing the danger of armed conflict in Europe.

“The doors of NATO are open, they remain open and that remains our commitment,” Blinken said.

Jens Stoltenberg, NATO chief, later added that the alliance had delivered its official response to Russia and reiterated that “it will not compromise on fundamental principles”, including the right of all countries to join and equal defense of all members.

The West’s response followed a request from Russian President Vladimir Putin for a written response his demands on security in the region.

Depending on Moscow’s reaction, coordinated Western responses could either lead to further escalation or further security talks in Europe, prompting Russia to withdraw from the brink of invasion.

Putin in December warned indeterminate “appropriate military-technical measures” if the Western alliance does not agree to curb its expansion near Russia’s borders.

“We are open to dialogue. We prefer diplomacy. And we are ready to move forward, where there is the possibility of communication and cooperation, ”Blinken said. He added that there are “positive things” that Moscow should accept in the document.

Blinken said he expects to talk to Sergei Lavrov, Russia’s foreign minister, “after Moscow has a chance to read the newspaper and is ready to discuss the next steps.”

He added that Russia should de-escalate its “aggression” towards Ukraine, “stop inflammatory rhetoric” and adopt a “spirit of reciprocity” in security talks in Europe.

The United States has often rejected Russian demands to ban Ukraine from joining the alliance or to reduce the level of troops on NATO’s eastern flank. However, Western allies said they were ready to negotiate the deployment of missiles, arms control and transparency over military exercises.

While NATO’s response rejected Russia’s fundamental demands, Stoltenberg said he hoped the country saw the potential of the alliance’s offers for areas of compromise. These include proposals to reopen the channel of communication by re-establishing joint missions in Moscow and Brussels, measures to reduce air and sea incidents, and opening a “serious conversation on nuclear weapons control”.

“It is no secret that we are far away and that there are serious differences. . . but at the same time it makes it even more important that we consider the proposals and listen to mutual concerns and try to find political solutions, ”he said.

U.S. officials on Wednesday were unsure which path Putin would take. Wendy Sherman, the deputy secretary of state, warned that Washington still has “all indications” that Russia is planning an attack from now until mid-February. She added that “probably President Xi Jinping would not be ecstatic” if the attack happened during the Beijing Winter Olympics, which begin next week.

In recent days, US and NATO allies have increased their defense and security aid to Ukraine and put thousands of troops on alert to protect vulnerable countries on the alliance’s eastern flank.

They also sought to work out the details of a large package of economic sanctions to punish Russia if an attack ensued.

U.S. and European officials have vowed to target Russian banks, cut the country off from the international Swift payment system, impose export controls that will limit its access to Western technology and cripple its energy sector, its largest source of foreign reserves.

Biden also suggested that Putin could be a personal target, and Blinken said that “the steps we will take go directly to things that President Putin deeply cares about.” Nevertheless, there are still divisions among Western allies over the details and scale of such sanctions.

A senior French official said Wednesday night that we had “received a signal of the re-engagement we seek” from Russians during more than eight hours of talks in the so-called “Norman format” in Paris to discuss the conflict in eastern Ukraine ahead of recent Russian troop movements. .

“We have received a good signal in difficult conditions” that would help find a way to de-escalation, the official said of talks involving political advisers from Russia, Ukraine, France and Germany. Negotiations should be convened again in Berlin in two weeks.