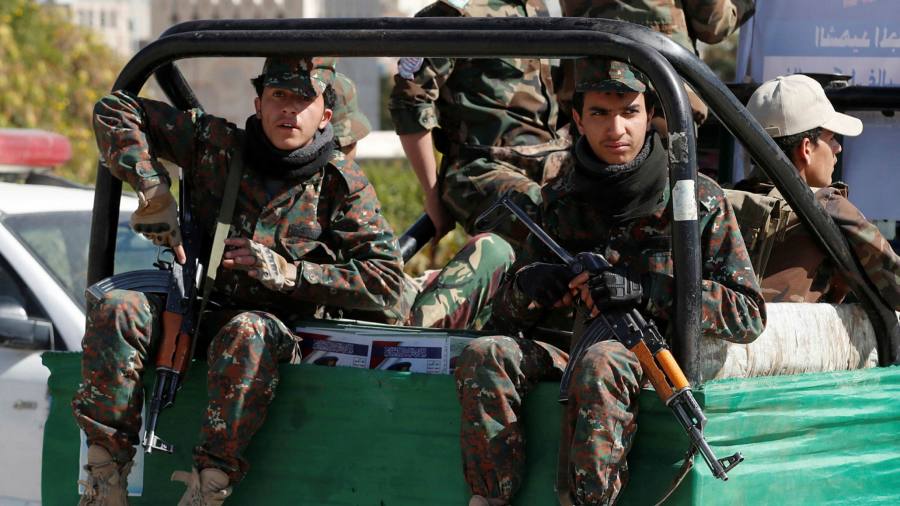 Yemeni Iranian Houthi rebels have claimed responsibility for an attack on the United Arab Emirates that killed at least three people.

Abu Dhabi said the drones may have been used in two separate explosions in the capital. If the Emirates confirm, this would be the first Hutu attack on the Gulf state, which is the trading center of the region and is approximately 800 km from eastern Yemen.

The UAE’s official news agency said a fire in the industrial district led to the explosion of three oil tankers near the National Oil Company’s warehouse, while the fire broke out in a construction area at the city’s international airport. A tanker blast killed one Pakistani and two Indian nationals, and six were injured, the agency said.

“The cause of the fire was small flying objects, probably belonging to drones, which fell in two areas,” the agency reported, stating that “there was no significant damage”.

Brigadier Yahya Sarie, a military spokesman for the Houthis, said the group would soon issue a statement on the military operation within the UAE.

The Gulf authorities are proud of the security efficiency of the regional trade hub. The Houthis have previously claimed responsibility for attacks on the Abu Dhabi nuclear power plant and the international airport, but Emirati authorities have rejected the reports.

Houthi forces have been targeting civilian and military infrastructure in Saudi Arabia for years, bordering a militia stronghold in northern Yemen. In 2015, Riyadh led an Arab coalition to intervene in the civil war after militias overthrew an internationally recognized government.

An Arab coalition led by Saudi Arabia said Monday it had intercepted three drones launched south of the kingdom.

The Houthis have threatened to take action against the UAE in recent weeks, claiming the Gulf state’s “mercenaries” have joined the battle for Marib, a Yemeni province where the Houthis launched a major offensive last year to consolidate control over the populated north.

The Houthis’ advance towards the capital has been halted by the intervention of forces deployed in the UAE and coordinated Saudi airstrikes in recent weeks.

“I read [ Monday’s attack] as a warning from the Ansar of Allah / Houthi of the UAE – basically stop supporting these offensives against us or we can hit you even harder. In fact, they say they hold the Emirates responsible for their recent losses in Shabwa [ near Marib] and will take action, ”said Adam Baron, a Yemen-focused analyst.

The UAE withdrew most of its armed forces from Yemen in 2019, four years after joining the Saudi-led coalition.

The Maribu offensive has undermined UN and US efforts to coordinate a ceasefire and begin a peace process to end a conflict that has killed tens of thousands of people and displaced millions more.

The alleged attack comes at a time when Iran, which is accused of supplying Houthis with missiles and drones, is under pressure from the West to agree to a revival of the nuclear deal it has signed with world powers. After a week of indirect negotiations between the Islamic Republic and the Biden administration in Vienna, European and US officials warn that the time is running out to save the deal.

Tensions in the Middle East have escalated sharply after former US President Donald Trump unilaterally withdrew from the 2018 agreement and imposed sanctions on Iran. The Biden administration said it would return to the agreement if Iran reduced its nuclear activity and complied with the agreement again.

The UAE, an important U.S. partner in the Gulf that initially supported Trump’s campaign of maximum pressure against Iran, has sought to de-escalate tensions with Tehran and strengthen economic ties with the republic over the past two years.