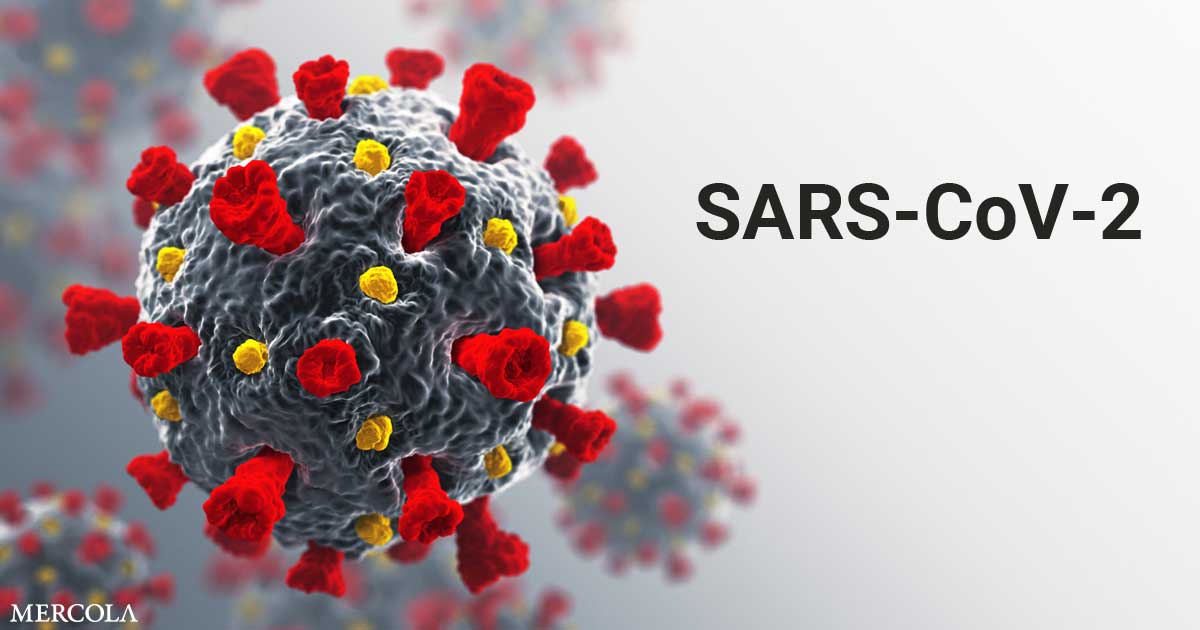 While some still claim SARS-CoV-2 doesn’t actually exist, this seems to fly in the face of several well-established facts. The virus has actually been photomicrographed,1,2 whole-genome sequences of the various strains are available,3,4 and with the appropriate credentials anyone can obtain the live virus to conduct research.

While I am absolutely no fan of the U.S. Centers for Disease Control and Prevention, they do grow the virus in cell culture to ensure widespread availability for researchers who want to study it.5 Examples of research where you need the actual virus include antiviral research, vaccine development, virus stability research and pathogenesis research.6

At least part of the confusion appears to be rooted in how the term “isolated” is defined. Some insist a virus is not isolated unless it’s also purified, while others say a virus doesn’t have to be purified in order to be “isolated.”

Steve Kirsch claims to have asked several experts about this, noting that all, including Dr. Robert Malone and Dr. Li-Meng Yan, say that the virus has indeed been “isolated.” “So, it has been ‘isolated’ according to their belief in what the term means,” Kirsch writes, adding:7

“Others interpret the term differently and would claim the virus hasn’t been isolated. In fact, according to their definition, no virus in history has ever been isolated. That’s important to know. They use that as justification for their belief that there is no virus here since viruses don’t exist at all.”

When Kirsch asked his readers for input, one pointed out:8

According to Kirsch, the scientists he spoke with did not agree that this was a concern, and “Sabine Hazan verified that the sequence of the virus obtained from ATCC [the American Type Culture Collection, a global resource center for reference microorganisms] matched exactly what she found in people who have the virus.”9

As noted in Hazan’s paper, “Detection of SARS-CoV-2 From Patient Fecal Samples by Whole Genome Sequencing”:10

The concordance of SARS-CoV-2 detection by enrichment NGS from stools with RT-PCR nasopharyngeal analysis was 100%. Unique variants were identified in four patients, with a total of 33 different mutations among those in which SARS-CoV-2 was detected by whole genome enrichment NGS.”

Germ Theory and Terrain Theory Both Have Merit

As noted by independent journalist and political analyst Jeremy Hammond in a March 2021 interview,11 the claim that SARS-CoV-2 has never been isolated and actually doesn’t exist at all is perhaps one of the most counterproductive arguments of the health freedom movement.

By insisting that there is no virus, and that COVID-19 is caused by things like 5G radiation alone, allows the mainstream media to dismiss entirely legitimate concerns about electromagnetic field exposure (EMF) and 5G — including the possibility that it might make some people more vulnerable to infections.

Like Hammond, I believe the pathogenesis of COVID-19 involves both germ theory and terrain theory, not just one or the other. “SARS-CoV-2 infection is an insufficient but necessary factor in the pathogenesis of COVID-19,” Hammond says, adding that “the virus is constantly being isolated and whole genome sequenced by scientists all over the world.”12

COVID-19 pandemic should be a wake-up call to the human population, and especially the populations of developed countries, about the need to focus on natural means of maintaining good health and living in greater harmony with our natural environment. ~ Jeremy Hammond

That said, environmental factors can clearly play a role, in that they can make you more or less predisposed to severe infection when you encounter this virus. This includes EMFs, toxins like glyphosate, previous vaccine injuries and much more.

Hammond argues that the “COVID-19 pandemic should be a wake-up call to the human population, and especially the populations of developed countries, about the need to focus on natural means of maintaining good health and living in greater harmony with our natural environment.”

Indeed. And, as Hammond points out, pathogenic challenge is absolutely necessary for general good health and strong immunity. When we shield ourselves too much from everyday pathogens, we make ourselves vulnerable to chronic diseases instead.

As for whether SARS-CoV-2 has been isolated and exists as a viral entity, the answer appears to be yes. For example, an Italian paper13 published in the Journal of Virology, dated May 18, 2020, detailed the isolation and full-length genome of the virus taken from COVID-19 patients in Italy:

“At the beginning of March 2020, the first nasopharyngeal swabs positive for SARS-CoV-2 started to be detected in the Northern Eastern Region of Friuli-Venezia Giulia … Swab contents were seeded on Vero E6 cells and monitored for cytopathic effect and by an RT-PCR protocol using primers for the N region.

Cell culture supernatants from passage 1 (P1) of four isolates were collected, and RNA was extracted with QIAamp viral RNA minikit (Qiagen) and quantified with an in vitro-transcribed RNA standard … The quantity and quality of the RNA were assessed … For each sample, 100 ng of total RNA was processed using Zymo-Seq RiboFree ribosomal depletion library preparation kit (Zymo Research).

All the obtained libraries passed quality check and were quantified before being pooled at equimolar concentration and sequenced … Sequenced reads that passed the quality check (Phred score ≥30) were adaptor and quality trimmed, and the remaining reads were assembled de novo using Megahit (v.1.2.9) with default parameter settings.

Megahit generated in all cases 7 contigs with more than 1,000 bp and 100× coverage; all of these assembled contigs were compared (using BLASTn) against the entire nonredundant (nr) nucleotide and protein databases.

In all cases the longest and more covered contigs were identified as MT019532.1,14 ‘Severe acute respiratory syndrome coronavirus 2 isolate BetaCoV/Wuhan/IPBCAMS-WH-04/2019, complete genome,’ with 99% identity and 0 gaps.

The longer sequences were named hCoV-19/Italy/FVG/ICGEB_S1, _S5, _S8, and _S9 and were deposited in GISAID … Sequence analysis showed an uneven coverage along the SARS-CoV-2 genome, with an average range from 126 to 7,576 reads and a mean coverage per sample of 1,169× … Phylogenetic trees were inferred using the maximum likelihood method …

The first sequences deposited in GISAID (EPI_ISL_410545 and EPI_ISL_410546) were collected in Rome from a Chinese tourist from Hubei province who got infected before visiting Italy, and another one (EPI_ISL_412974) was from a test-positive Italian citizen returning from China.

Only two sequences were reported from the Lombardy cluster (EPI_ISL_412973 and EPI_ISL_413489). In this report four additional sequences from cases epidemiologically linked to northern Italy have been examined … Sequence analysis showed a good coverage along the SARS-CoV-2 genome for all four isolates.

Based on the marker variant S D614G, all four sequences grouped in the Bavarian rooted subclade G, which is dominant in Europe, including the sequence from Lombardy, but distinct from the three sequences mentioned above originating directly from China.

Intriguingly, the new isolates were more closely related to EPI_ISL_412973, while EPI_ISL_413489 was more distant. No evidence could be found for the putative 382-nucleotide (nt) deletion in ORF8 detected in Singapore, which has been proposed to indicate an attenuated phenotype.”

Similarly, the complete genome sequence of the virus taken from a German woman has been published, this one in the journal Microbiology Resource Announcements, in June 2020.

Here, an oropharyngeal swab sample from a female patient who tested positive but had no symptoms at the time of the test was used to isolate the strain.15 Table 1 in the paper compares the nucleotide variants found in the sampled virus and those of a reference strain already logged in the gene bank.

Another paper16 in Annals of Internal Medicine, published in August 2020, isolated the virus from ocular (eye) secretions of an Italian COVID patient:17

“The patient, a 65-year-old woman, travelled from Wuhan, China, to Italy on 23 January 2020 and was admitted on 29 January 2020, 1 day after symptom onset. At admission to the high isolation unit … she presented with nonproductive cough, sore throat, coryza, and bilateral conjunctivitis. She had no fever until day 4, when fever (38 °C), nausea, and vomiting began.

The full genome sequence was obtained from either clinical sample or culture isolate (GISAID accession numbers EPI_ISL_410545 and EPI_ISL_410546).”

Genome Sequencing From India and Colombia

SARS-CoV-2 has also been isolated from the urine of a COVID-19 patient.18 A November 2020 paper19 sought to determine “whether various clinical specimens obtained from COVID-19 patients contain the infectious virus,” and found SARS-CoV-2 RNA “in all naso/oropharyngeal swabs and saliva, urine and stool samples collected between Days 8 and 30 of the clinical course.”

Viable SARS-CoV-2 was also found in the nasal washes of ferrets that had been inoculated with urine or stool from a COVID-19 patient. The virus has also been isolated by researchers in the U.S.,20 China,21 India,22 Canada,23 Australia,24 Korea25 and Colombia.26 The Colombian paper reads in part:27

“Objective: To describe the isolation and characterization of an early SARS-CoV-2 isolate from the epidemic in Colombia. Materials and methods: A nasopharyngeal specimen from a COVID-19 positive patient was inoculated on different cell lines.

To confirm the presence of SARS-CoV-2 on cultures we used qRT-PCR, indirect immunofluorescence assay, transmission and scanning electron microscopy, and next-generation sequencing.

Results: We determined the isolation of SARS-CoV-2 in Vero-E6 cells by the appearance of the cytopathic effect three days post-infection and confirmed it by the positive results in the qRT-PCR and the immunofluorescence with convalescent serum.

The evidence presented in this article confirms the first isolation of SARSCoV-2 in Colombia. In addition, it shows that this strain behaves in cell culture in a similar way to that reported in the literature for other isolates and that its genetic composition is consistent with the predominant variant in the world.”

As mentioned earlier, the actual virus is needed in order to conduct certain studies. Now, since the virus does exist, we also ought to be able to conduct studies to assess whether the COVID shots cause antibody dependent enhancement (ADE).

As suggested by Kirsch,28 “Give the vaccine to the animals, wait, then expose them to the virus” and see what happens. Does it prevent infection and transmission, or does it make the animals more prone to infection? If the animals got sicker, that would be evidence of ADE, a problem that has plagued coronavirus vaccine research for decades.

It’s why we don’t have a vaccine against the common cold, caused by coronaviruses. Remarkably, this animal research has never been done for the COVID shots. The question is why? Kirsch believes the answer is because “nobody wants to know the answer … The top management of the FDA knows it would kill the vaccine program if they did this.”

On the other hand, the vaccinated, just like the unvaccinated, tend to experience only mild symptoms with Omicron. So, perhaps the shots aren’t causing ADE (which could turn even a milder variant into something deadly).

However, ADE is far from the only concern. Clearly, these shots are associated with a dramatically increased risk of cardiovascular, cardiac and neurological problems. These too could be confirmed through animal studies — rather than testing on our children — and we wouldn’t even need the virus for those.

Either way, I believe it’s scientifically accurate to claim that SARS-CoV-2 has been isolated, genetically sequenced, and that it exists as a pathogenic entity. Getting too far into the weeds of theories that refute the existence of viruses altogether will only slow down and hamper the truth movement rather than aid it along, and I would strongly discourage anyone from engaging in this highly unproductive narrative.